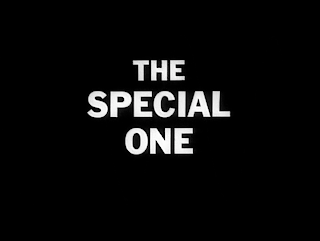 The planet Xenon sends Mr. Zeno (Ney) to recruit smart kids to head up an invasion of Earth. Latest target is Kenny Benjamin (Flip Mark), a very bright boy who's also a major league prospect if his father (Carey)  is to be believed.

PE: Do you think all men on planet Xenon are named Mr. Zeno or is it a coincidence?

JS: Probably so. I love how when he transports himself, he resembles the Visible Man model kit. 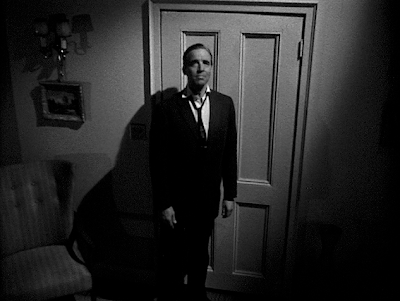 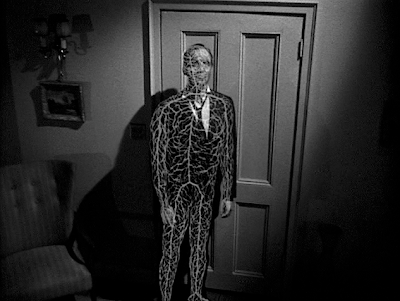 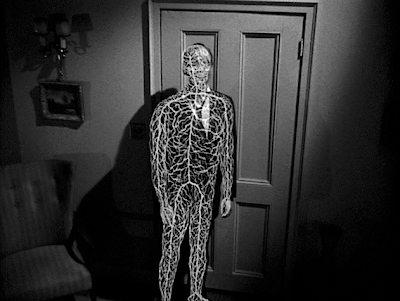 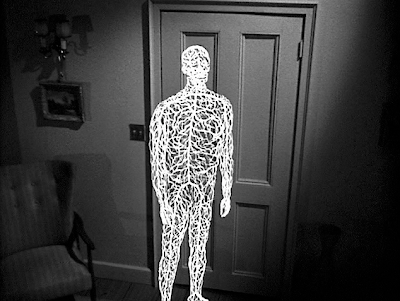 PE: Best OL scene in a long long time (too long): Our opening shot. Mr. Turner (Jason Wingreen) has decided Mr. Zeno (Ney) is not a good fit as teacher for his son and has come to Zeno's office to say as much. Mr. Zeno, however, is not having any of this and convinces Turner to leave...via the window. It's a beautifully shot, wonderfully acted sequence. We first view Zeno from behind, almost gliding down his office hallway towards the nervous man. Turner's terror is palpable ("I don't want to jump...My family!"). An intense scene, one that actually filled me with dread. Not too shabby for a nearly 50-year old TV show.

JS: At first I thought that was a pre-credits preview of things to come, and so I was disappointed that they showed him jump (thinking that would have best been saved for later). When I realized that was part of the episode proper, I too was impressed that they didn't hold back.

JS: Call me crazy, but there's something about Mr. Zeno's interaction with Kenny (Flip Mark) that reminded me of the Tall Man (Angus Scrimm) from Don Coscarelli's Phantasm. It's what I like to think would have happened had he captured the boy he was constantly chasing after (Michael Baldwin). 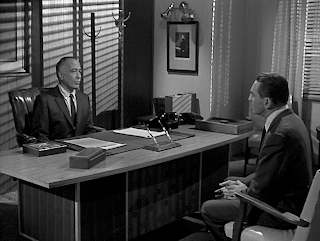 PE: MacDonald Carey's key scene, his visit to the office of "Educational Enrichment," is played perfectly. Normally, this is the part of the blog where I start ranting about crappy acting. You won't find much of that in this show. Carey's interview with EE director Mr. Terrence (Edward Platt) is played perfectly, complete with Carey's raving. You know he's telling the truth but put yourself in Terrence's shoes. This Mr. Benjamin is a nut! Terrence tries valiantly to talk sense into Benjamin but it quickly becomes evident that the man has become unhinged. Both Carey and Platt play the scene brilliantly.

JS: I kept having "Man with  the Power" flashbacks throughout that scene—expecting a storm cloud to appear overhead. 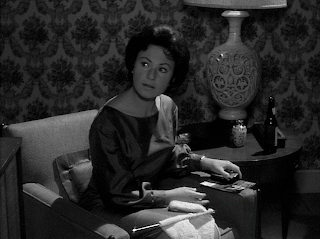 PE: Former Thriller babe Marion Ross ("Prisoner in the Mirror") doesn't have much to do here besides making salads and gossiping on the phone. She's a typical early 60s housewife. She does get a bit of time to shine further into the episode though when her husband convinces her that their son is being tutored by a spaceman.

JS: While I enjoyed Carey's performance as the concerned father, I was really impressed by Ney's performance. My favorite bit is when he tells Carey:


"I've been expecting to deal with you, Mr. Benjamin. In a few seconds, you will have killed yourself."

PE: Oh yeah. We are in total agreement here. Carey does a good job fitting in with those other paranoid 1950s sf characters (Kevin McCarthy in Invasion of the Body Snatchers immediately comes to mind), but the show-stealer is the subdued, quietly evil Mr. Zeno. Much like the mutants in Beneath the Planet of the Apes, the guy doesn't have to break a sweat to dispatch any roadblocks. I love the cool demeanor Richard Nye brings to the part. Not bogged down by the usual silly-bear costume or half-ape/half-turtle mask (and kudos to whoever decided to let Projects Limited concentrate on The Visible Man and chicken feathers), Nye relies only on his skills and a wonderful voice. Several times during the Thriller run, I remarked about top-notch acting by unknown actors. According to IMDB, Nye made a handful of movies and TV appearances but nothing stellar. A missed opportunity based on his performance here. 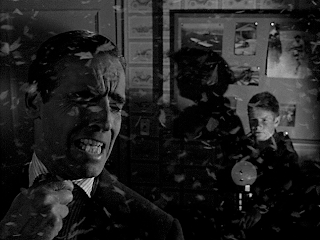 PE: "The Special One" is near perfect sf paranoia, marred only by a lackluster climax and one of the dopiest expositories I've ever seen (right out of Boys' Life it seems). Moral of the story: to thwart alien invasion, you must turn your house into a chicken coop.


JS: Yeah, Mr. Z's slow-motion death throes do drag on forever. And I too could have done without Ken's monologue (he's all growed up by this point, so I can't bring myself to call him Kenny anymore). "The Special One" is not in my top ten, but it was definitely a nice surprise to have my expectations exceeded after yesterday's abomination.

PE: Agreed. After all the crap we've wallowed in lately, I never saw this little gem coming.

David J. Schow on "The Special One": 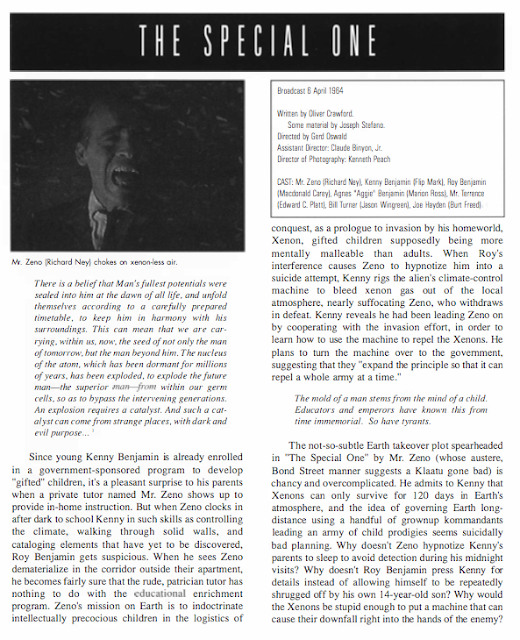 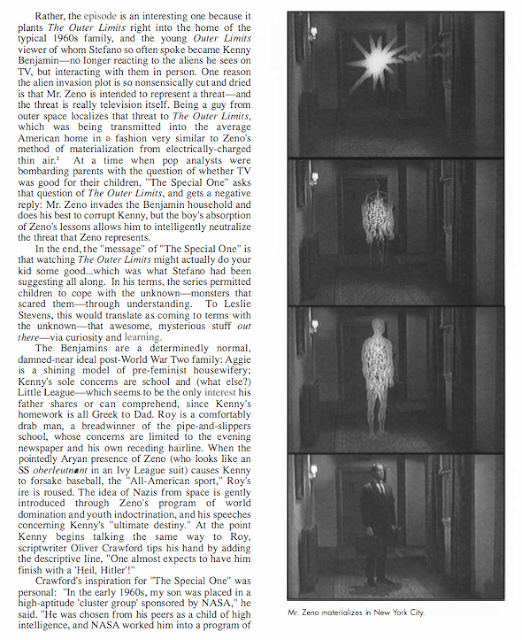 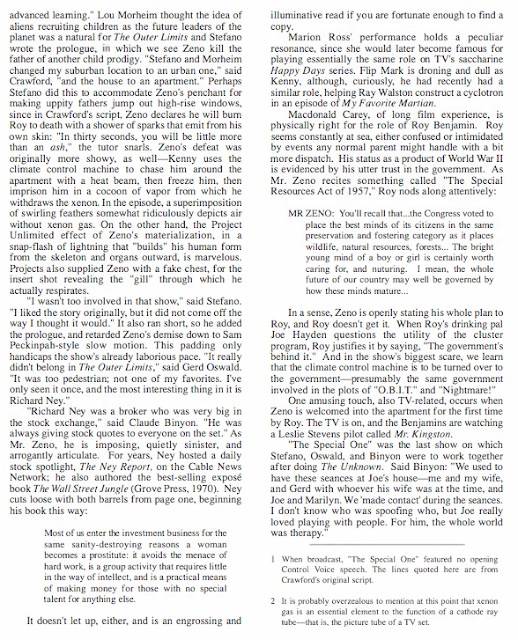 The Special One by Mark H

Mr. Zeno traveled regions quite nether
To teach kids to harness the weather
Till Dad feeling glum
Helped Ken evict the bum
Who knew spacemen could choke on a feather?


Check back later today for David J. Schow's Spotlight on Flip Mark!
Tomorrow, David J. Schow and Ted C. Rypel meet up for a discussion in the Outer Limits Tavern. 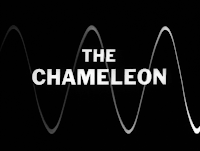