Spotlight on "The Chameleon" 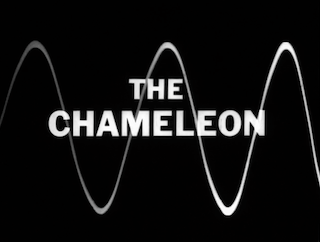 Story: Retired intelligence agent/government hit man Louis Mace is genetically altered to mimic a pair of aliens whose spacecraft has crash-landed in a remote rural canyon. Once he infiltrates the vessel, however, Mace — a rootless social outcast and emotional cipher — is stirred by unfamiliar feelings of belonging.

Like the white-hot Andromedan in its pilot episode, The Outer Limits was too brilliant to last. And notwithstanding the subsequent, nearly unrelated show that bears the same title, "The Chameleon" is where it dies.

It's a noble death, and the degree to which The Outer Limits retains its aesthetic and narrative vigor this late in the game is astonishing. There are lapses, for sure — the rancor between ABC and Daystar-Villa di Stefano was at its corrosive low point by the time the episode went into production, and ABC's season-long budgetary strangulation take an obvious toll here. 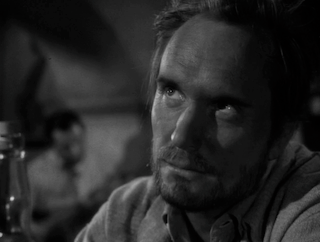 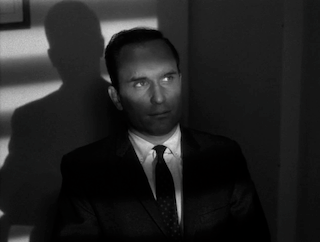 Structurally things get shakier. "The Chameleon" is so evocative of earlier, canonical episodes that it often plays like a best-of recap of "The Zanti Misfits," "The Invisibles," "The Bellero Shield," and especially "The Architects of Fear." Its metaphors are less blatantly sociopolitical than that episode's, but its premise and plot — and actor Douglas Henderson reprising his role as a scientist with a jones for making monsters out of men (don't these guys ever learn?) — are close enough to force an unfavorable comparison.

Robert Townes's inspired teleplay in no way plagiarizes Meyer Dolinsky's "Architects," but it does fall back a little too easily on sci-fi-movie cliches and dialogue tics; you could peg a drinking game to the line "or whatever it is" that pops up whenever anyone refers to the alien ship. Gerd Oswald is careless with some of the actors, too, and fails to check the off-key smirkiness of actor Howard Caine in the pivotal role of Mace's agency keeper. Again this is all easy to overlook given what a long, exhausting season it had been (as well as Townes's reported foot-dragging on delivering a final script), and there's still more good in "The Chameleon" than bad.

This includes a lead performance that's among the series' best. In some ways Louis Mace is another in Duvall's line of '60s TV series guest-creeps, like the surly junkie in Route 66's "Birdcage on My Foot" and the surlier fake-cripple in The Fugitive's "Brass Ring." But what he does here is hardly schtick, and after the cold detachment of Mace's early scenes — excluding the introductory flyswatter garrotting, of course — Duvall reveals the deep yearning to connect within Mace with bracing honesty. 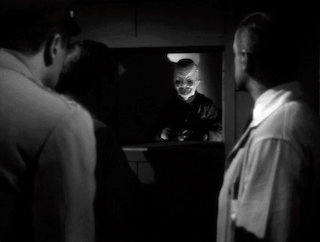 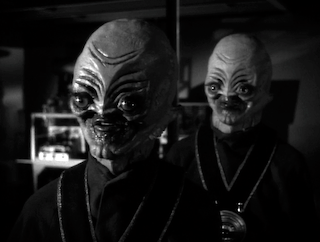 The episode's bears are also a coup, although the gradual revelation of their unique physical features and motivations is nearly wrecked by the by now de rigeur spoilery teaser. Still, their gentle, pug-like faces and compulsive grins are shockingly alien even for The Outer Limits, primarily because we're never certain that they're fully benign. They have lethal weapons and use them, after all — we learn that prior to the episode's events they killed a group of soldiers, and that the men's bodies were found almost completely disintegrated (hold the image of that "almost" in your head for a minute). Being instinctively appealing to a professional assassin isn't exactly an endoresement, either. Mace's unnerving giggling immediately after his transformation — a walk in the park compared to Allen Leighton's in "Architects" — makes this line between benevolence and belligerence even fuzzier, and prolific character man William O'Connell plays it nicely as the lead alien, too. 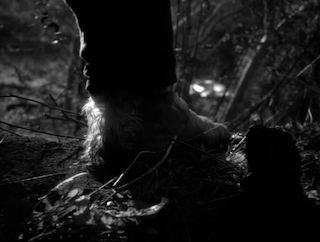 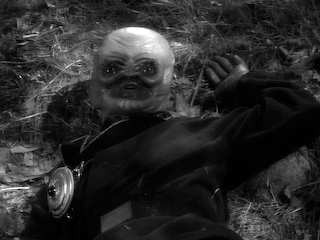 Such ambivalence is a series trademark, but the degree to which Mace indulges his attraction to the aliens is a (literal) departure for The Outer Limits. Its protagonists are usually so resolutely human that the notion of going native and leaving terrestrial concerns behind rejects the show's implicitly earthbound tenets.

The key to Mace's bug-out comes, as often happens, courtesy of the Control Voice, particularly in a line from its opening narration:


"...man is quicksilver, more chameleon-like than the chameleon, determined to survive no matter what the cost to others -- or to himself."

When my brother David and I first wrote about The Outer Limits over 15 years ago we commended its balanced, respectful portrayals of human frailty and the frank morality behind its preoccupation with tension, unease, and rank horror (as well as tenderness, calm, and contentment). Its obvious heartbreak over our species' limitless capacity for betrayal and destruction still sets the show apart from most TV then or now, and is a big part of why it remains a touchstone for me 45 years after I watched it for the first time. (I'll cop to the bears being a big part, too.)

But cumulatively, all that frailty and horror and heartbreak add up to a pretty rotten assessment of humankind, one most of the series' otherworldly visitors — the ones we don't snuff first, anyway — would find hard to refute. Little wonder Mace does what Ethan Wechsler in "The Children of Spider County" and Chino Rivera in "The Mice" and that gaggle of losers in "Second Chance" wouldn't or couldn't do, which is to hitch the first ride out.

Maybe I'm being cynical, or maybe The Outer Limits was, but history since its demise hasn't exactly refuted the assessment, either. Whatever the case, as "The Chameleon"'s closing credits fade we're left to wonder whether we'd do the same damn thing Mace did. We're also given a final chance to marvel at how a television series could be so troubling, brilliant, and brave right up to the very end.
Mark Holcomb writes about movies, television, books, and general pop-cultural ephemera for The Village Voice, The Believer, Time Out New York, Salon, and whoever else will have him. He first watched The Outer Limits in its original run as a highly impressionable, temperamentally morbid three year old, and hasn't been able to shake it since (not that he's tried). He and his twin brother, David, indulged their fascination with the series back in the pre-blog '90s, and their efforts live on here courtesy of David J. Schow.
Posted by John Scoleri at 2:00 PM