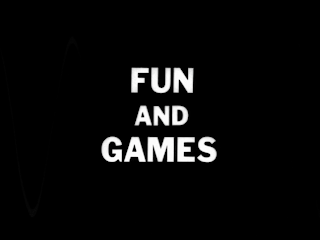 Broadcast Order #27
Original Airdate: 3/30/64
Starring Nick Adams, Nancy Malone, Bill Hart.
Written by Robert Specht and Joe Stefano, story by Robert Specht.
Directed by Gerd Oswald.
The people of Andara have eliminated all aggression but they do like a good night out so they devise a way to have "fun 'n' games:  a male and female from different worlds are transported to an "arena" and made to face off to the death. If they refuse to participate, their world will be destroyed. Mike (Adams) and Laura (Malone) represent the good guys and standing in the corner for the bad guys: two hairy ape-like creatures with deadly boomerangs. Will Mike and Laura be able to win the fun 'n' games before Fredric Brown's lawyers find out what's going on? 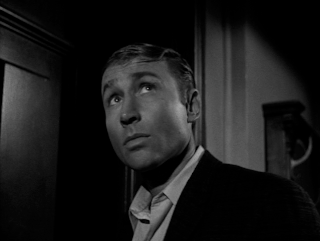 JS: Hey everybody, it's my favorite Japanese actor, Nick Adams (Frankenstein Conquers the World, Godzilla vs Monster Zero)!
PE: This is one of those "haven't I seen this story before?" scenarios. Yep, you've probably seen it on Star Trek as "Arena" or perhaps read the classic short story that inspired it (credited or not), "Arena" by Fredric Brown. Star Trek's version was actually adapted from the Brown story and so, I assume, Brown was a little happier with Roddenberry than Specht and Stefano. It's been years since I've read the story but I don't remember the Peyton Place pathos present here (Laura's separated from her husband because she wanted to mother him and he didn't cotton to that; conversely Mike suffers from "I miss my mom" trauma). 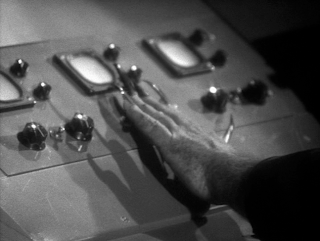 PE: Looks like Andara which is "a million million light years from earth" has toggle switches and gauges just like we do.

JS: But a vastly different threshold for nail clipping. If long nails were the species norm, don't you think you'd create an interface that wasn't designed for use with fingers? That's cool - he does the palm-twist trick.
PE: Poor man's Steve McQueen, Nick Adams looks not lost but embarrassed most of the show. The actor probably thought he was on the same highway to fame that McQueen hopped onto after Adams' stint as Johnny Yuma on The Rebel and his Supporting Actor nom the year before for The Charge is Murder (which co-starred Thriller Best Actress Winner Jeanette Nolan) but all that awaited him were more bit parts on TV (Voyage to the Bottom of the Sea, Burke's Law, Combat, The Wild, Wild West), four films that endeared him to genre fans (Frankenstein Conquers the World, Die Monster Die, Monster Zero, and Mission Mars), and an overdose at 36 in 1968. Overwrought, with a Brooklyn accent that fades here and there, Adams looks like a guy desperately looking for his agent's number so he can chew him out. As has happened so many time though, an actor is only as good as his lines and here, those lines are none too good. Malone, on the other hand, is believable as Laura, the woman who hopes to talk Mike into saving the human race. She's got a charming shy manner but takes charge when the situation becomes dire. Amazingly, she's better at the boomerang than the monkey! Malone played Detective Paul Burke's girlfriend on the classic Naked City series from 1960-63 and went on to become an Emmy-winning TV director. 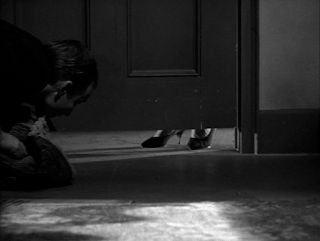 JS: I thought Malone was fine until her final monologue where she apologizes to Mike, when she gets all hardcore. Seemed like an unjustified character change, but then I didn't know she was an Olympic Boomerang tosser, either. One of the funniest things to me is how Mike's apartment has a door  cut just so that he can check out the length of ladies high heels without having to open it. Clearly hers were high enough. 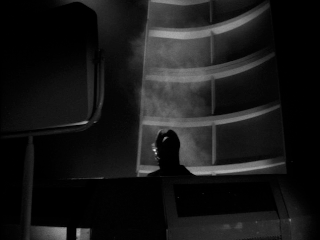 PE: When the Senator of Andara (who stays in shadow throughout the show but who's obviously an Ebonite from "Nightmare" with long black nails)  tells Mike and Laura that, if they choose not to participate in the game, "the planet Earth will be exterminated," Mike waits a beat and says (think Ray Romano here) "Quick?" The Senator, clearly having studied Earth similes, cheerfully declares "It will be as a firecracker in a black summer sky."

JS: I've seen "Nightmare," Senator, and while you're no John Kennedy, you sure do look like an Ebonite. Impressive that he has the power to pause the things right as Laura was about to get dispatched. And then he has to the deliver the Boris Karloff/Alfred Hitchcock, "don't worry folks, everything is going to be okay," message at the end of the episode.

Mike: That never occur to you befoh?

Laura: Yes...yes...but distantly...as if only my mind were thinking it. Now I'm thinking it all over me. My hands. My eyes. All through me.

JS: I hate it when my hands and eyes start thinking. Fortunately it doesn't happen too often. 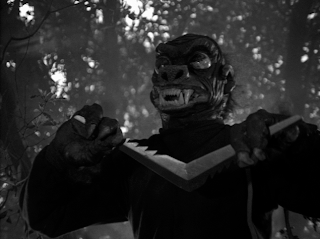 PE: The creatures don't say much. When they open their mouths out comes a conglomeration of sounds, including a cat's yowl. They carry deadly sharp boomerangs but, judging by the speed of said weapons, you could stop and have a meal and perhaps a cigarette before it cuts your head from your body. The bubbling-hot creek is a nice touch though and leads to a couple of tense scenes, including the climactic showdown ("Moooooooooom!").

JS: Yeah, the boomerang would have benefited from a more menacing sound—I was thinking something akin to the Grim Reapers's scythe in Thriller. The monkees themselves (still a few years from their TV series debut) represent yet another low-budget bear (see "Spider County P.T.A.") hindered by a) wearing streetclothes to save on a full body costume, b) an inarticulate mask with a face only a still camera could love, and c) a pair of hairy palmed gloves right out of "O.B.I.T." For one brief extreme close-up, it looks like they tried to use the mask as a hand puppet, and not very effectively. Still, there's fun (and games?) to be had here. 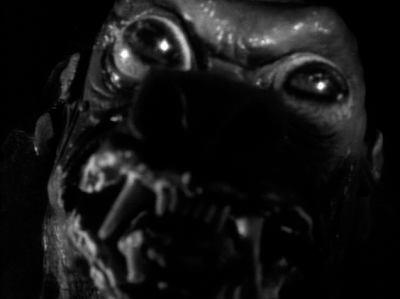 JS: Kudos to cinematographer Peach, who comes into his own this episode. The lamp budget went way up from his time on "The Mutant." And Oswald's direction has several nice touches - I particularly liked the transition from the boxing ring to the poker game in the opening.
JS RATING: 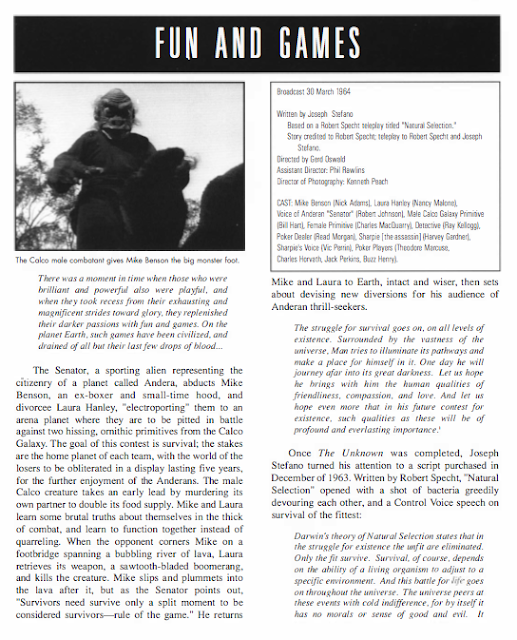 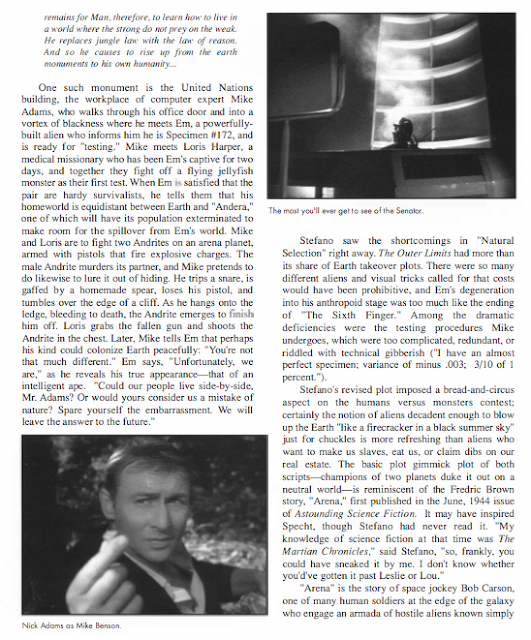 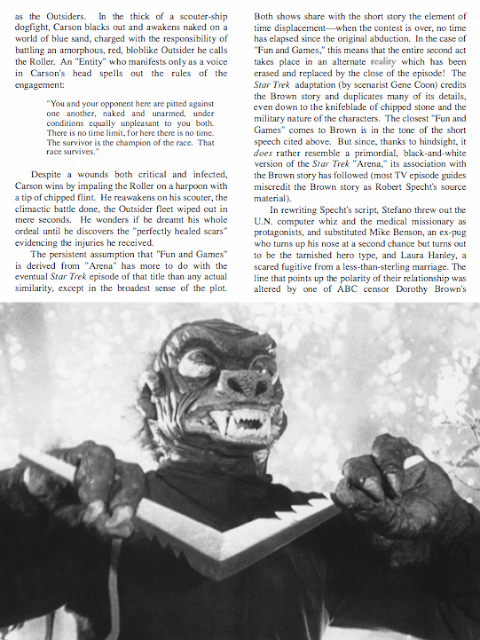 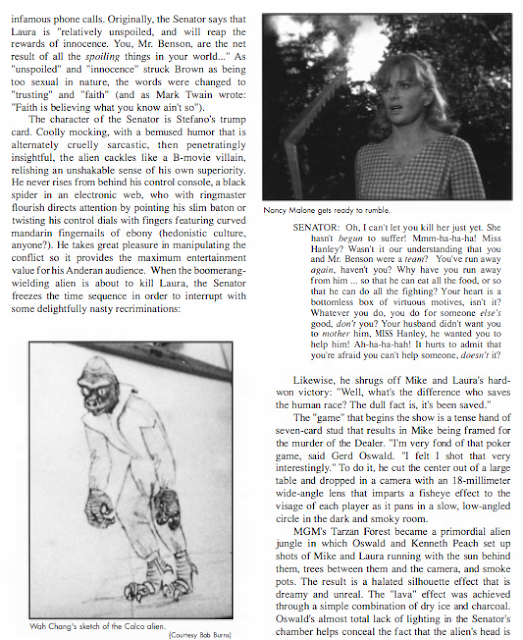 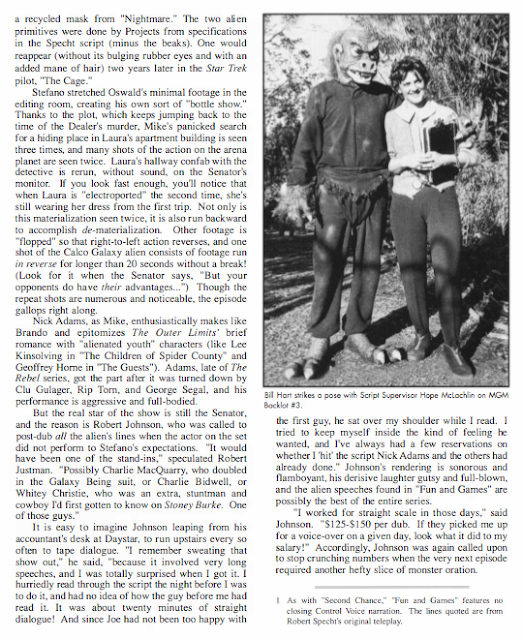 
Come back at 10:00am for David J. Schow's Spotlight on THE SENATOR!


And this afternoon at 12:00pm look for John Kenneth Muir's Spotlight on "Fun and Games."

And lest anyone think we're not paying enough attention to the "Arena"/"Fun and Games" controversy, we've got an article over at bare•bones where we requested our resident Fred Brown expert Jack Seabrook to weigh in on the issue. Look for that at 12:00pm as well!
Next Up... 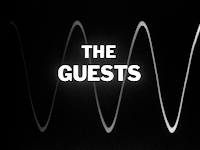