Production and Decay of Strange Particles 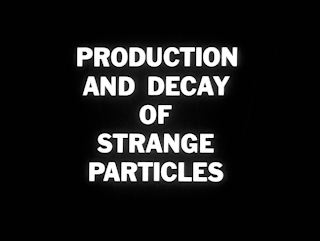 An important scientific experiment goes haywire when a radiation-like substance possesses a group of scientists. Only one man can save the world from total annihilation.

JS: It took me longer than you, but I think I've found the bottom of the OL barrel.

PE: Well, very much like yours, my friend, OL's bottom is very big. It can hold several episodes.
JS: While I can't even say the episode started off promising, I will admit to hoping that Leonard Nimoy would bring his unique charisma to the episode. No dice. He's not given much chance to do anything in his brief appearance.

PE: It was worth waiting the 49 minutes to see if this thing could get any stupider. What a missed opportunity. Think what could have been made of this episode if we'd been graced with the presence of The Shat as well. Did you see any similarities in Nimoy's "death" scene here and in Wrath of Khan? Absorbing radiation for the good of mankind. But the spirit of The Shat is alive and well in this episode thanks to George MacReady.

JS: George MacReady carries the weight of the episode on his shoulders, and it's clearly a heavy burden, as seen below. 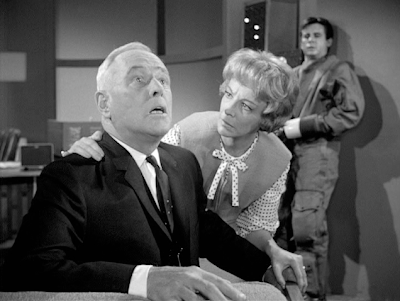 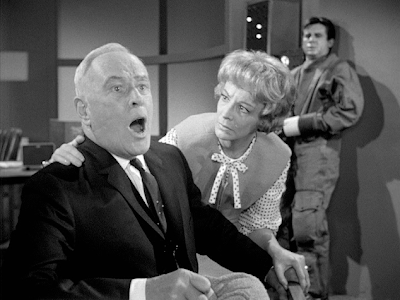 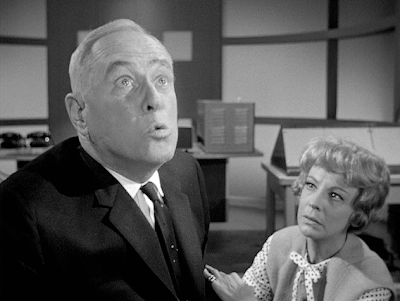 PE: Good God, did you see all the teeth marks on the scenery? I loved his valiant proclamation when faced with adversity: "I'll stay here with the women. You go on." There's a great scene in the deadly hallway when MacReady picks up a faint Allyson Ames, herniates himself, and basically drops her ten feet along the same deadly corridor! 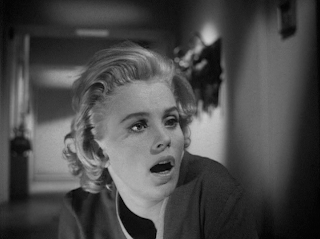 JS: I know Leslie Stevens deserves props for bringing us The Outer Limits, but this episode pushes the limits of reasonable accommodation. Surely he could have found a better vehicle to showcase his wife, Allyson Ames? 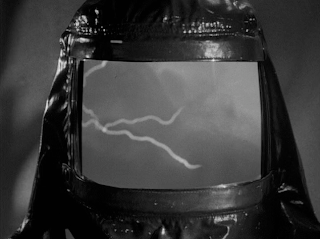 JS: The 'bear' this time out,  a group of  bunny-suits filled with storm clouds (did Steven's have a lightning fetish?), lose any chance at being interesting when we're shown repeated shots of them holding hands (hooks?) in the hall. (Kumbayah! -PE) And how about saving a few bucks on the bunny suit budget by flipping the shot to make it seem like there are even more of them (and then save a few more pennies by using speeded-up out-of-date air raid footage—dig those contemporary cars! -PE)! 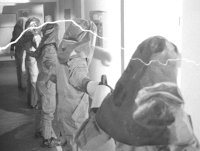 PE: We've stated several times over the life of this blog that we're not scientists. I've managed to figure out the remote to turn the damn TV on. I know not one iota of anything past my front door. So when I hear highfalutin' science talk on some of these shows, I should just nod and say "Wow, the 13th Magnitude!" and "Quasi-Stellar Radio Sources!" But instead, I shake my head and mutter "What Bullshit!" Gather 'round the radiation. boys, let's cook up some weiners! 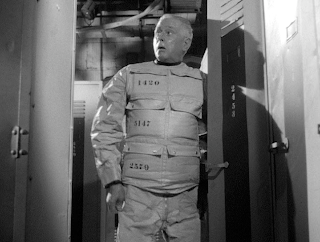 JS: You know that classic moment in a story where the main character 'suits-up' for their big challenge? You'll find that here, too, although it didn't have its intended effect to this viewer. I couldn't even bring myself to give it a half-Zanti for the stock footage of an atomic blast.
PE: When MacReady tells his wife  "We may be in for some reverse polarization," I was hoping for at least that old chestnut of the characters talking backwards while everything else raced backwards, but alas...

David J. Schow on "The Production and Decay of Strange Particles": 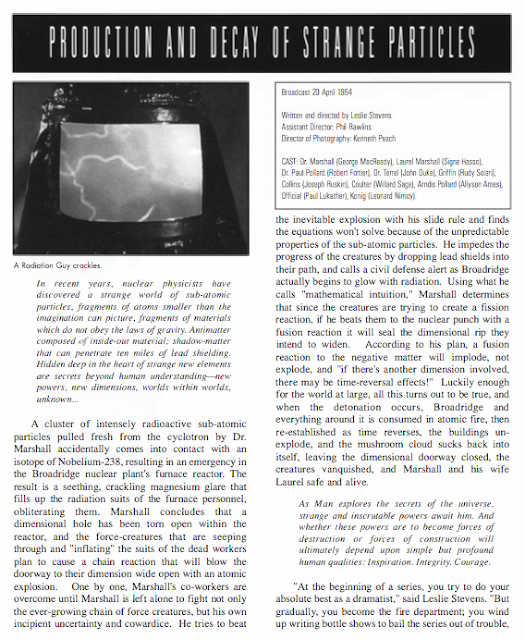 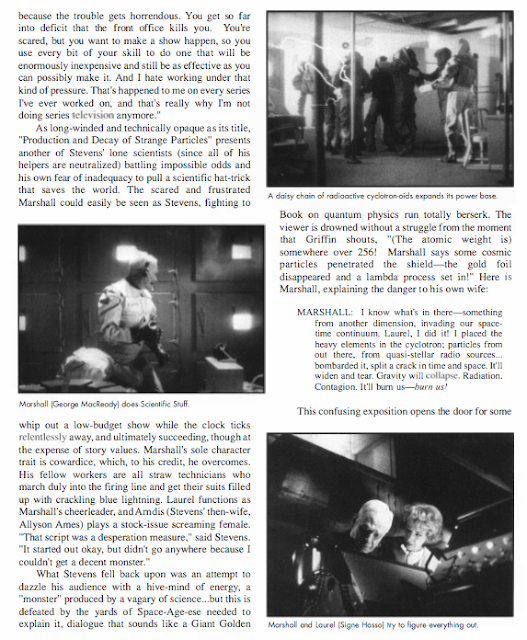 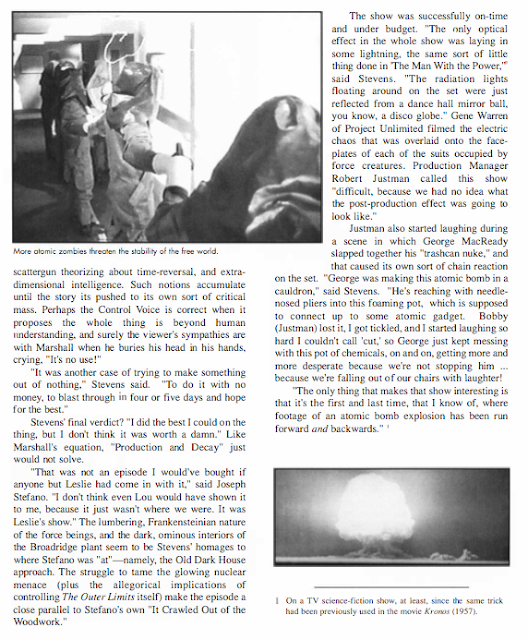 A SCIENTIST BRAVELY PURSUING
THE ATOMIC DISASTER THAT'S BREWING
BUT LACKING A BUFFER
THE LANDSCAPE DID SUFFER
THE EFFECTS OF HIS SCENERY-CHEWING.


Be sure to check back later today for Mark Holcomb's Spotlight on "The Production and Decay of Strange Particles."


And, because we feel this episode is extra .. special, we'll have a second spotlight by David Horne later on today as well.