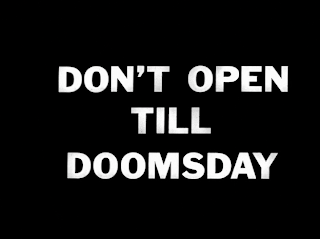 Broadcast Order #17
Original Airdate: 1/20/64
Starring Miriam Hopkins, John Hoyt, Russell Collins.
Written by Joseph Stefano.
Directed by Gerd Oswald.
Somehow not put off by a wedding gift tagged "DON'T OPEN TILL DOOMSDAY," Harvey Kry (David Frankham) ends up getting sucked into the box with an alien visitor. 35 years later, his bride (Hopkins) is hoping to get him out (to consummate the marriage?) through the unwitting help of a newlywed couple (Buck Taylor and Melinda Plowman). 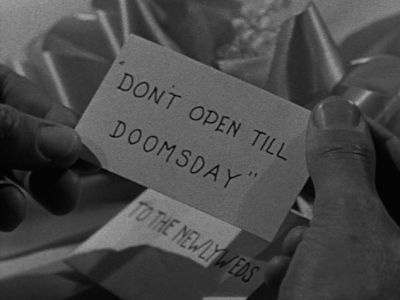 PE: Here's an episode whose concept is cooler than its execution. The Grand Guignol of Whatever Happened to Baby Jane mixed with apocalyptic science fiction. Unfortunately (you knew that was coming) something, or quite a few somethings, happened along the way. The pace is deadly slow. Some questions go unanswered (does the Justice's wife really know what's going on out at Mary Kry's place or is she just a travel agent looking for a little extra dough?), and the acting (save John Hoyt's dead-on evil daddy) is uninspired. 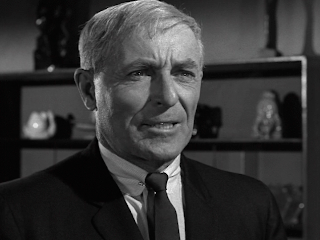 JS: John Hoyt was a standout for me, too—the guy's been in everything. He's most memorable to me from the classic Twilight Zone episode "Will the Real Martian Please Stand Up."

PE: OLs have mixed elements before but this one is positively schizo. Our intro gives us an interesting science fiction foundation, then we're thrust into William Castle-ville with the young couple arriving at the Justice of the Peace. Then soap opera pathos when we learn of the troubles with daddy. Finally back to science fiction land again. One of the few OLs I was constantly checking the time on.

JS: When they first arrived at Kry mansion, I had to rewind to check and see if they lifted the shot of them pulling up to the Bates house from an episode of Thriller. Unfortunately, they didn't. 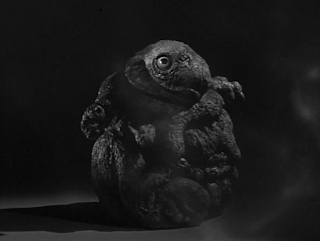 PE: Can DJS get me the original memo to Projects Unlimited from Stefano re: the Box Monster. I imagine it reads something like:


"Hey guys, I'm thinking for the alien... how about a sweaty pile of dog shit topped with an eye ball?"

JS: Odd that Schow doesn't reference this one by the name ("Turdo") in the Companion. Calling it the Box Demon seems so high-brow by comparison. I felt that in this particular episode, they gave us too good a look at the creature a bit too soon. I can only assume they wanted to quickly establish 'ol one-eye as the bear, lest anyone think it was Miriam Hopkins, whose introduction is the scariest moment of the episode.
PE: Vivia Hayden's (Plowman) dress is anything but flattering. It made me wonder if the newlyweds had run off to get married for a reason other than love. Plowman went on to fame, if not fortune, a few years later in Billy the Kid Vs. Dracula. 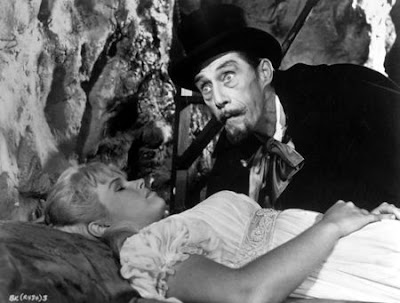 JS: Whilst following along the meandering path of folks getting zapped into and out of the box (which must have a decent cafeteria (and shower -PE) that was always just offscreen, as Harvey is still looking pretty dapper 35 years on), I don't quite get why the Krys originally received it, and specifically why it was disguised as a wedding gift. Seems like a pretty convoluted way to initiate the annihilation of the universe (and not much of a thought-out plan as Turdo is still waiting 35 years later-PE).


PE: I had a hard time concentrating on anything when Hopkins was in the room. At first, she's startling in her shrewishness but her Baby Jane imitation quickly becomes the proverbial nails on the chalkboard. Grating. The casting is reminiscent of Mary Astor's in the Thriller episode, "Rose's Last Summer." Well, except for the "grating" part.

JS: Aside from giving the otherwise well lit place an old dark house vibe, what was with leaving all the cobwebs around, and how come nobody noticed? People always mentioned those sorts of details when they walked into the Munsters house.

PE: My L-OL moment is when Gard (Buck Taylor) returns to Mary Kry's house, hoping he can find his misplaced wife, dressed in his varsity sweater. Gimme a D, Gimme an O, Gimme an R, Gimme a K. In its last eight seasons, Buck Taylor played deputy Newly O'Brien on Gunsmoke.

JS: At least they looked (under)age appropriate for the story.

PE: During this first season, The Outer Limits seemed to be hit-miss-hit-miss. I was under the impression that this was another of those highly-regarded episodes (well, to be fair, it seems they're all highly regarded by some people) but I can't find much to recommend it outside of its omission of an evil military presence.
JS: Yeah. Definitely a Turdo in my book.
JS RATING: 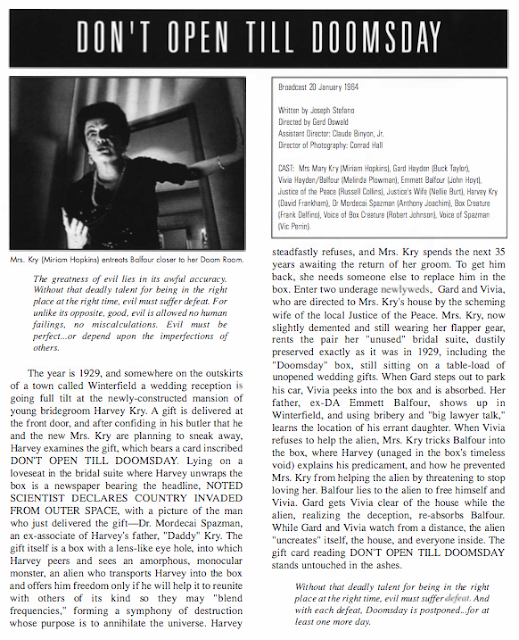 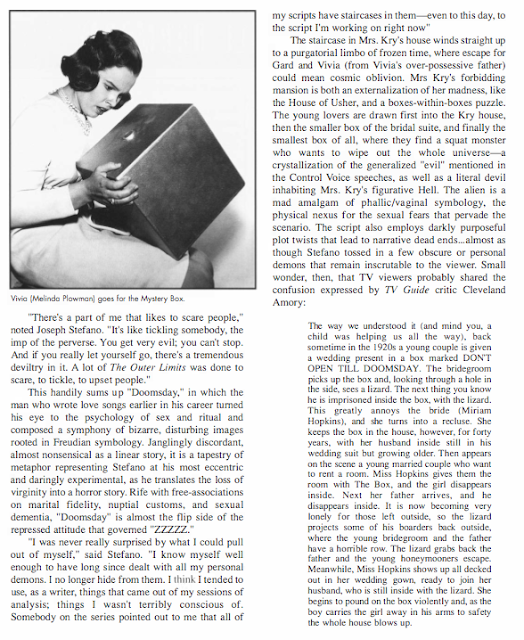 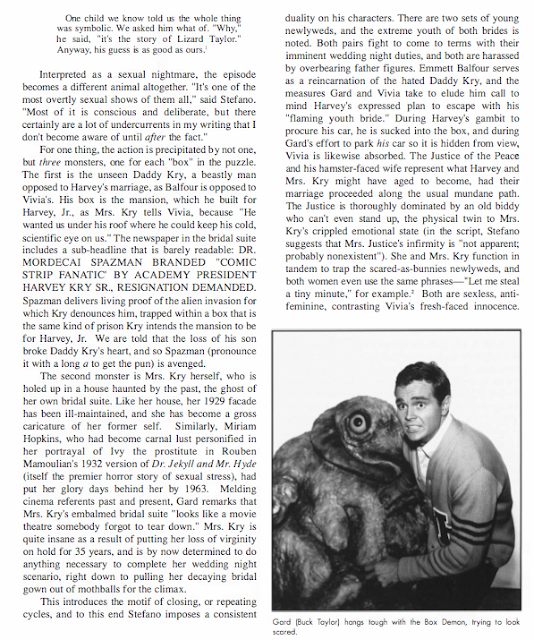 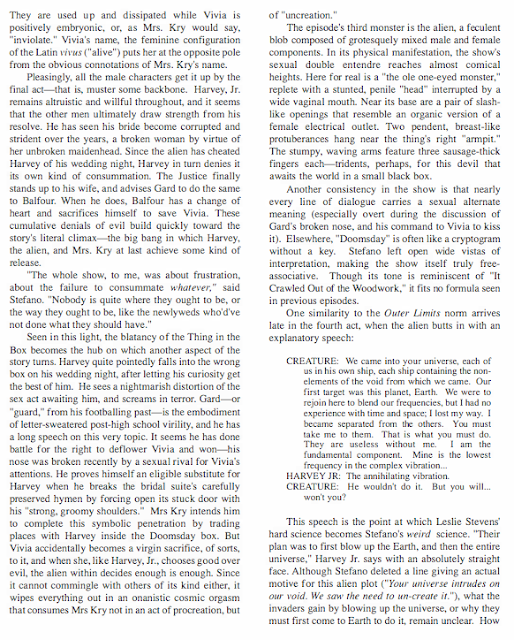 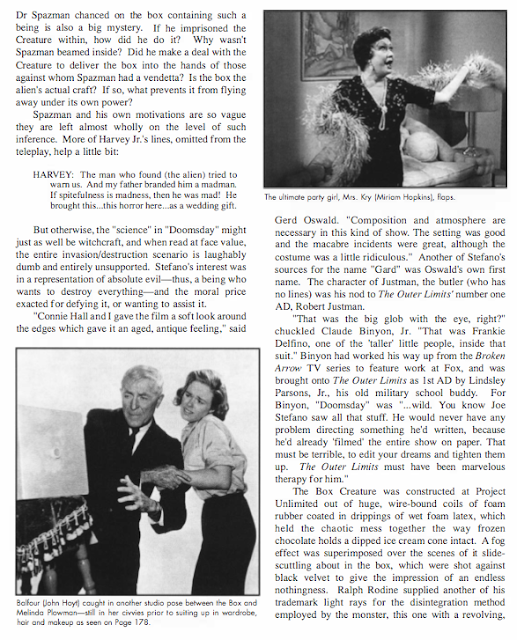 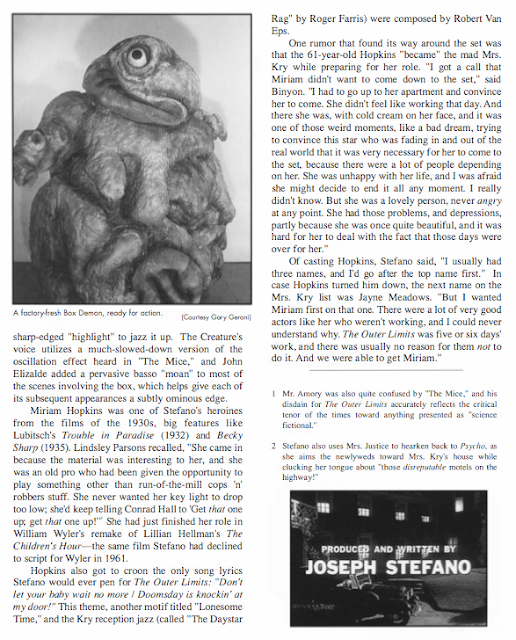 From The Outer Limits Companion, Copyright © David J. Schow, 1986, 1998.  All Rights Reserved.  Used by permission and by special arrangement with the author.
More from David J. Schow on "Don't Open Till Doomsday":

Here's a real test:  Liking "Doomsday."  I recall hating it almost irrationally on first viewing.  Then perplexity followed.  And now I am very proud of the writeup I was able to conjure for the book.  If you haven't done your basic Outer Limits coursework, you, too, will be locked on the wrong side of the bridal suite door.  It is very possible that if you are now or have ever been a "Doomsday" fan, you probably know TOO MUCH about the workings of The Outer Limits!

Ah, but if you let Turdo wrap his warm embrace around your psyche ...

And check out that shot where Vivia is teleported back into the bridal suite.  She faints or blacks out — Melinda Plowman begins a backward fall that's going to crash her ass to the deck whether Buck Taylor gets there on time to catch her or not!  A true "trust exercise" between actors.

Miriam Hopkins, hands down, is the best single performance by an actress in the entire series.  Others are more comely or polished, but Mrs. Kry rules the room.  (Kinda like comparing Natalie Schafer to Elizabeth Montgomery on the Thriller blog — both deserve separate trophies.)

I encountered Buck Taylor‚ now a Western legend in his own right‚ on the set of The Mist in 2007 and I didn’t realize who he was.  Otherwise I damned sure would have cadged a "Doomsday" reminiscence to share right here.  Now it's a mission ...


The Misfits' "Don't Open Till Doomsday!" (from the album AMERICAN PSYCHO).

And you haven't heard the last of him. Later this morning David J. Schow provides a Spotlight on Miriam Hopkins.


And be sure to check back this afternoon for Gary Gerani's Spotlight on "Don't Open Till Doomsday."
Next Up... 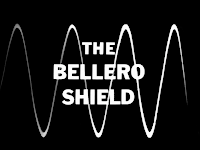