by David J. Schow
Sequels nearly always pale in comparison to their forebears, and the case of The Outer Limits’ much-maligned second season (S2) is no different. The series had survived the “renewal wars” to debut in September 1964, only to be repositioned to a Saturday evening suicide seat opposite the enormously popular Jackie Gleason Show. Classified as a “bleeder” in the ratings game, this short-lived incarnation of The Outer Limits managed a heroic showing of minor classics and game tries before its mid-season cancellation barely four months later, in mid-January 1965 (it was replaced by another variety show, The King Family). Debuting against overwhelming contrary odds, this retrofitted version of The Outer Limits suffered the relentless crises of time and money that always plague a series on the wane: truncated shooting schedules and bare minimum budgets. Yet this sophomore playbill allowed for certain aberrations otherwise impossible in the TV landscape of 1964, and still unthinkable today.
For all practical purposes, S2 was an entirely different program from that offered by the previous production regime, which had been shown the Out door by parent network ABC due to assorted clashes of personality and deficit financing. These reached a frothing head with the debacle over the shooting of The Unknown pilot film, re-edited and presented as the curtain show for the first season (S1), “The Forms of Things Unknown.” Series creator Leslie Stevens threatened to scuttle the series if his partner, writer/producer Joseph Stefano, was not permitted to make his directorial debut with The Unknown. Stefano stepped down and the show was directed by Outer Limits regular Gerd Oswald. It promptly ran over-schedule and overbudget.
“There were some pretty deadly piranhas at ABC,” said production designer Jack Poplin. “Personally, I always thought that Leslie had gotten a little too arrogant for them, and the network brass decided they were going to squash him.” Joe Stefano added, “There were people who wanted to get The Outer Limits totally away form Leslie, and once it was clear I wasn’t going to stay, a lot of stuff went down. It was like the show went up for grabs, and a lot of jockeying was done.”
The dealbreaker, for Stefano, was ABC’s proposed timeslot change. While he made it clear he would have considered staying on if the series was moved to Wednesday evenings, the network was adamant about shifting it to Saturday nights. “I just didn’t fancy putting in 18-hour days on a series that was doomed,” said Stefano. “I was furious when they wanted to use it an ammunition against Jackie Gleason. I had really worked my ass off, and I knew that Jackie Gleason was not going to be brought down by The Outer Limits.”
S2 (more properly a half-season, totaling 17 episodes against the S1’s 32) was, to an extent, a brand new series augmented by elements of the old guard, and an attempt by ABC to “uniformize” the show’s iconoclastic palette into something that network suits could more easily anticipate and comprehend. 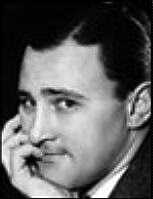 There is nothing wrong with your television set. Do not attempt to adjust the picture. We are controlling transmission. For the next hour, we will control all that you see and hear. You are about to experience the awe and mystery which reaches from the inner mind to The Outer Limits.

Stevens, Stefano and Frontiere fell back to an executive producer slot (and new projects), and did not involve themselves with the new episodes, although they were copied on every script and memo.
Flash-Forward
Four decades after its ignominious cancellation, S2 of The Outer Limits merits a fresh perspective.  The amorphous concept of a television "season" means that in present-day terms, S2 is less a truncated whole and more the "back third" of the entire Outer Limits oeuvre.
Often overlooked or underappreciated by viewers enthralled to The Outer Limits' stronger sense of identity in S1, a bald overview of S2 reveals a seemingly meager and much-compromised production slate that actually yields an abundance of surprises.  Apart from the smart dynamism of the Harlan Ellison entries, other episodes at least attempted some depth of theme — "The Duplicate Man," "Wolf 359," "The Inheritors" — leaving room for the guilty pleasure of "The Invisible Enemy," or the popcorn monster folly of "Keeper of the Purple Twilight."  Fans of stop-motion animation maintain a soft spot for the possessed plant which livens up the otherwise-tedious "Counterweight;" S1's "vacuum cleaner monster" (from "It Crawled Out of the Woodwork") joined an equally memorable S2 counterpart in the "killer tumbleweeds" from "Cry of Silence," and the basic plotlines of "I, Robot" and "The Premonition" seem as entrenched in public memory as that sawtooth-bladed boomerang from S1's "Fun and Games."
The tone shift between the two seasons remains jarring, but the S2 bias toward outer space as a bold frontier contradicts the bleaker prospects of S1 shows that ventured, albeit rarely, into the same territory.  Even a segment as narratively dismal as "Cold Hands, Warm Heart" concludes with high hopes for humankind's future in space, whereas first season entries such as "Moonstone," "Specimen: Unknown," and "The Mutant" swat home the idea that big monster headaches await us Out There, and it is a better bet to remain determinedly Earthbound.  For all its drawbacks, "The Probe" closes the series run on an up-note, with a bright, almost American optimism for the future of human/alien contact.
Brady's desire to source the series in classic science fiction also added, to the timeline of television history, early and charmingly primordial mentions of then-obscure topics like ecology ("Counterweight" and "Wolf 359"), consciousness-altering drugs ("Expanding Human"), cloning ("The Duplicate Man"), and even a veiled reference to the Viet Nam war ("The Inheritors").  The universes-within-universes concept was explored in "Wolf 359," then turned inside-out for "The Probe."  Both Ellison episodes echo the paradoxes of time travel first touched upon in S1's "The Man Who Was Never Born" — and these three episodes, together, were cited in the eventual lawsuit that was brought by Ellison against The Terminator (1984), questioning that film's creative chain-of-title.
The downside of Brady's stewardship was the Dragnet syndrome seen in too many S2 episodes: A problem is introduced, and various authority figures interminably ask obvious questions until the mystery is resolved.  This approach, informed by Brady's experience on Perry Mason, was easily biased toward the puzzle-solving format established by the science fiction pulps, but imposed a flattening sameness to "Cold Hands, Warm Heart," "Behold Eck!," "Expanding Human," "The Premonition," "The Probe," and especially "I, Robot," which dragged the whole show into the docket.  Compare "I, Robot" to "O.B.I.T."  (S1's "courtroom episode") to see the difference between a police procedural with science fiction furniture, versus a story that transcends formula by the benefit of the often-oblique noir stylings of the Stevens/Stefano regime.
In 1994, Ben Brady wrote:

Long ago I started out as a New York attorney specializing in theatrical law. It was my destiny, after ten years of practice, to transfer my entire attention to the artistic rather than the legal aspects of my clients’ affairs. I spent the next 25 years as a writer, director, producer, and finally, in Hollywood, vice-president in charge of programming at ABC. Along the way, I founded and was president of the Television Producers Guild.

The programs that I produced were among the leading shows of their time. Perhaps you remember some of them:  Perry Mason, Have Gun, Will Travel, The Red Skelton Show, The Johnny Carson Show, Rawhide, and Outer Limits.

All chips cashed, Brady remained proud of “his version” of The Outer Limits.  He kept leatherbound hardcover copies of all the scripts in his office.

There are few legitimate industries that play for higher stakes than this business of broadcasting, and the mood swings that accompany the business are equally high. So periodically you think to yourself:  “I gotta get away from this … I gotta take a clean breath … I gotta …”

Well, I did. About 20 years ago I was approached by James Cleary, president of California State University, Northridge. He asked me if I would introduce a screenwriting emphasis at the university. Flattered, I accepted a full professorship and put my television career on hold. I would return to it, I thought, after a year or two at the most.

It didn’t work out that way.

Brady’s television curriculum grew exponentially, and he kept at it through tenure and retirement, authoring two quite good books along the way: The Understructure of Writing for Film and Television (with Lance Lee; University of Texas Press, 1988) and Principals of Adaptation for Film and Television (U of T Press, 1994), from which the above excerpts are drawn.  The latter book also contains Brady’s complete screenplay for his adaptation of the 1959 Ida Alexa Ross Wylie novel, Claire Serrat — in case you like to investigate Brady’s writing chops, which may surprise you.

After heading the screenwriting department at Northridge for 18 years, Ben Brady died in 2003 at age 94.

DVD NOTE
The DVD issue of The Outer Limits (basically the same crappy DVD-18s, triple-dipped through three packaging incarnations) redresses a longstanding omission in the history of the series.
One triumph of the S2 set is the presentation, for the first time since broadcast, of "The Inheritors" in its complete two-part form.  When mastered for VHS release, both episodes were edited together to form what was promoted as The Outer Limits' "only feature-length episode," losing the end credits and Control Voice epilogue from Part One, the opening credits and Control Voice prologue to Part Two, and 1 minute, 47 seconds of interstitial footage from the story itself. These have all been restored and the episodes are presented separately, albeit infuriatingly — because they are on two different sides of the same disc!  Given the unwieldy mathematics of distributing 17 shows over six disc sides, both parts of "The Inheritors" could easily have been installed on Side B of Disc 2, where they would share space with one additional show ("Keeper of the Purple Twilight"), instead of packing Part One onto Side A of the same disc, alongside three other episodes. Only the Region 2 iteration of the set provides both parts of “The Inheritors” on the same side of the same disc so they may be viewed sequentially.
Posted by Peter Enfantino at 6:00 AM