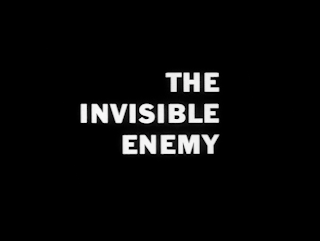 The colonization of Mars hits yet another snag when the first manned Mars expedition (ostensibly before the attempted colonization of Mars in "Cold Hands, Warm Heart") disappears without a trace. A second rocketship is sent up to investigate.  I think that about sums it up.

PE: There's air on Mars! When did we find that out? Did The Shat know about this when he overshot Mars and ended up with the chills on Venus? These guys really needed to co-ordinate their expeditions. Can't you just see The Shat and The West together on one rocket ship (of course, The Shat's is only big enough for one astronaut)? Right hand and the left hand. Here's the first thing I'd do when I got to Mars. Take a nice walk and say "Screw my oxygen. I'm lifting my helmet!" Yeah, take in that sweet Martian air. Just like back home. Over yonder are the grapefruit trees. Then I'd take off my shoes and wade into that sand sea. Can't be anything wrong with that, right? I thought a nice touch was the screens on the portal windows to keep the mosquitos out.

JS: What do you expect—those spacesuits were from the Major Matt Mason collection. Of course that's just the beginning of the technological advancements on display in this episode! Did you notice how they got that 3.5 minute delay down to zero in an emergency situation?


PE: Meanwhile, back on Earth, in the smoking pyramid that Mission Control calls headquarters...

JS: I think someone grabbed the wrong stock footage B-roll and either no one noticed or bothered to fix it. 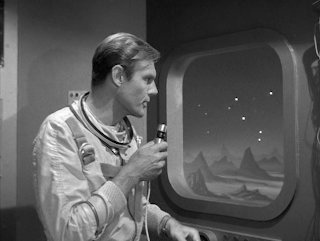 PE: Lots of fun in that space ship: Adam West and his magic binoculars that, evidently can see through walls (watch closely), the forced comradery, and the blase attitude five minutes after each guy disappears (witness Buckley and his search for gems).

JS: They play cards for fun, and when they're done, they deal out the computer punch cards just like they were still playing Crazy-8s!

PE: Scoleri broke the news about the shopping lists pinned to the four star Generals a couple posts ago but I'll second the desire for a blu-ray release if for nothing but to see what the hell is actually written on those goofy I.D.s. (On your way home from the pyramid, please pick me up a carton of Virginia Slims. -JS) There's no photo, no highfalutin' logo. Projects Limited was probably out combing Griffith Park for realistic Martian boulders and couldn't attend to the stinkin' batches. 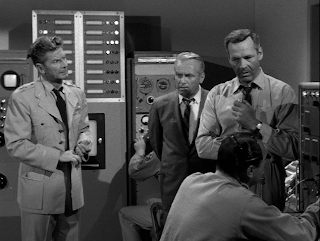 JS: At one point the General describes the M-2 crew as being the finest, and completely dedicated. I wonder if he still felt that way when two of the four crew were dead, and the third missing. Of course, he couldn't be troubled to remember the names of all of the members of the four man crew on a pioneering mission to Mars. Sheesh!

PE: L-OL scene of the show: When Lazzari gets chowed down on and starts screaming blue murder, his three crewmates, all aboard the ship, run towards the little portal window, nearly knocking each over in the process. The blu-ray will clearly show Johnson (Robert DoQui) pulling Buckley's hair out and Merritt (West) narrowly avoiding the eye gouge. And are you going to tell me these nitwits couldn't see this gigantic pincered sand monster from the ship? One scene shows the huge monster rising from the sand toward Lazzari (who's right behind that big chunk of metal) and the next scene we see the big chunk of metal, no monster. 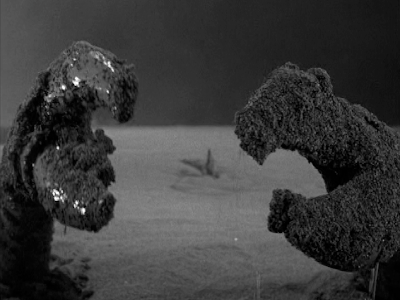 JS: Blink and you'll miss it, but my favorite bit is when the engineer back on Earth is sitting in front of his console reading his book until the big bosses walk in. He scrambles to get his headset on to make it look like he was hard at work.

PE: Ted Knight really needs to use the men's room.

JS: Do you think anyone regrets not bringing a camera on their Martian vacation?


PE: I'm sure I'll be corrected by one of the soundtrack experts here, but isn't that cue used a couple times during "tense" moments lifted from the "Children of the Hydra's Teeth

" sequence of Jason and the Argonauts? 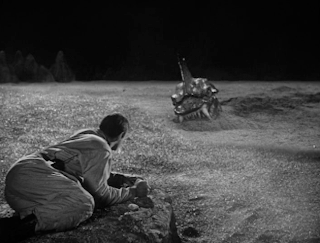 PE: Confession time: through the years I think there's only one episode I've seen more than "The Zanti Misfits" and that's "The Invisible Enemy." Well, hold on before you light those torches and dump tons of sand on my lawn. I would turn this one on every time it aired when I was a kid. I just dug those monsters and the way they appeared and disappeared. My little brain didn't throw up any red flags: "Um, hello, if these morons just stayed away from the sand sea everything would be right as rain." I still have to say that, despite the dopiest dialogue this side of a Matthew McConaughey/Jennifer Lopez flick, the high school level acting, really bad sets (everyone knows Mars is red, not black and white) and, okay, the limited range of the stick pony/sand monster, it's still a fun little show if you like mindless monster movies. And who here doesn't? This is the Season Two equivalent of "Tourist Attraction." It's easy to poke fun at but you have to admit there's still a certain fondness for it tucked away in your nostalgia attic. 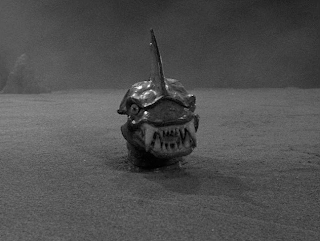 JS: I actually think "Tourist Attraction" works better as an overall mini-monster movie, but agree that these Sabretooth Land-Sharks are right up there with the Zanti Misfits as classic OL bears go.

PE: Ted Knight would go on to win two Emmys for the genuine genius that was Ted Baxter on The Mary Tyler Moore Show. Criminally, Adam West would not be similarly rewarded for his brilliant turn as The Caped Crusader on Batman.
JS RATING: 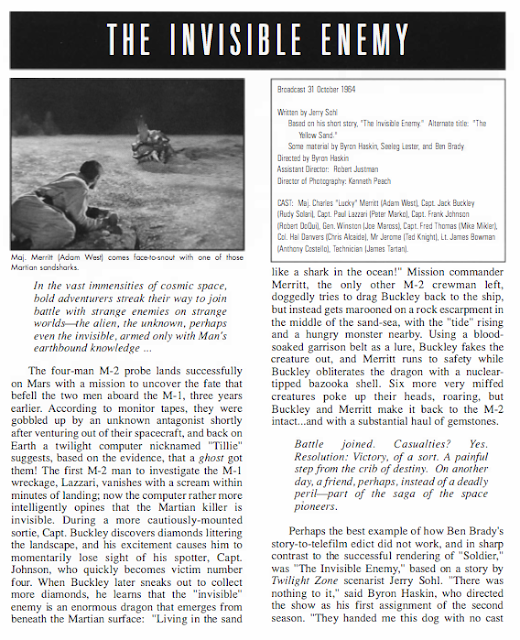 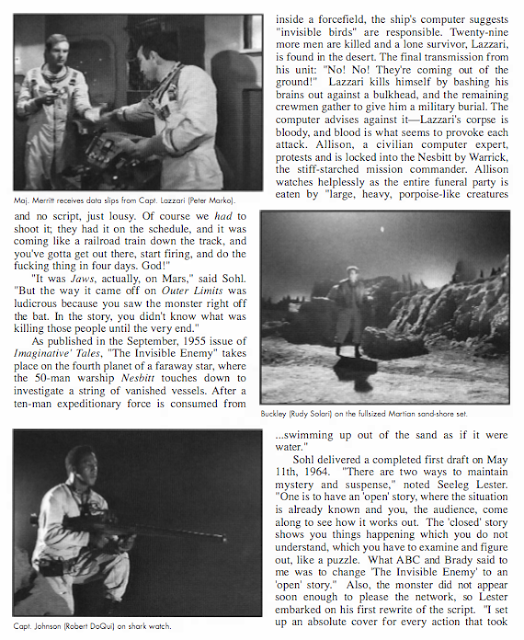 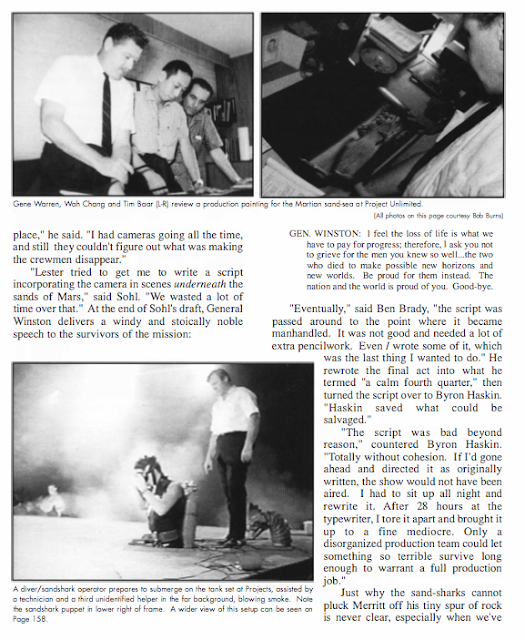 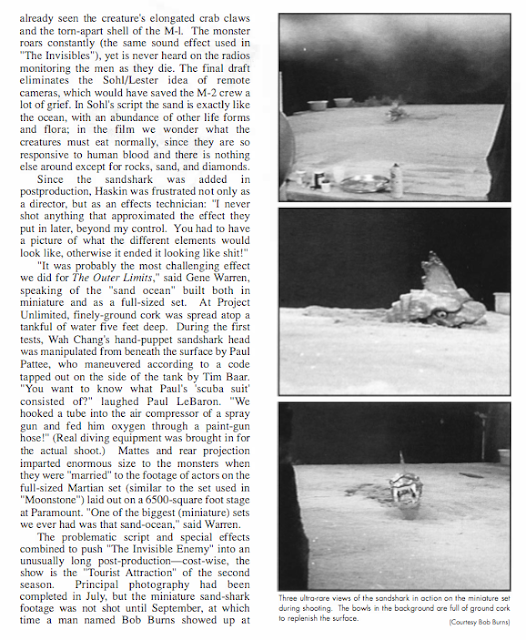 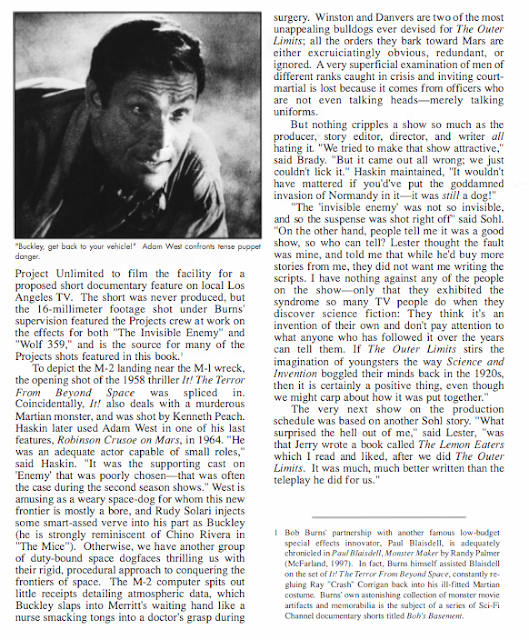 
Be sure to check back later today for Matthew R. Bradley's Spotlight on "The Invisible Enemy." 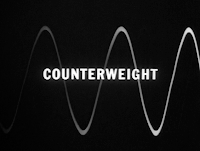