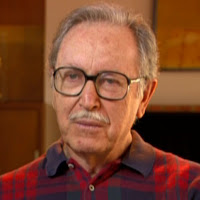 Bobby Justman, “Robert H.” in his onscreen credits, died 28 May 2008 at age 81 from complications due to Parkinson’s Disease.  From the elemental beginnings of The Outer Limits, Bob was there, Bob was involved, Bob was fundamental, Bob was everywhere, and everyone who worked so hard to make that show the classic it became never stinted on praise for Bob’s contributions, above and below the line.  Bob WAS the line.
Hence, Bob was essential to the assembly of The Outer Limits Companion — two versions, crossing decades of research and interviews.  Many interviews, quotes, contacts, scripts and production ephemera, all courtesy of Bob’s continued contact across many years.
Bob’s death, sadly for me, marked the point where The Outer Limits crossed over from memory to memorabilia.  His antic wit and dogged work ethic were second to none, and there was no way he could top off his own magnanimousness and generosity.  He was a lofty and courageous spirit.
And he and I shared the same birthday, July 13th. 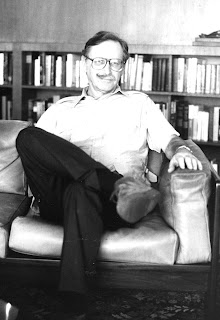 Many people only knew Bob from his connection to assorted iterations of Star Trek.  To me, the period that brought him toward that first Roddenberry pilot was more fascinating, and proof positive that Star Trek would not have had half its bones, talent or longevity without Bob’s participation. I don’t think it’s an exaggeration to say there wouldn’t even BE a Star Trek without the seminal input of Justman, who ported all his Outer Limits know-how, connections, and rock-bottom practicality into a nascent new series whose pilot, “The Cage,” had just crashed and burned at NBC.
To this point, the book Bob wrote with Herb Solow, Inside STAR TREK: The Real Story (Pocket Books, 1996), is of necessity as much about The Outer Limits as Star Trek, and if my own book doesn’t provide an adequately accessible “round the corner” biography for Bob, perhaps people will seek its … companion book.  Bob told me he and Solow were working on a followup volume which I’m sure would be as equally immersive.  I wonder if it was ever completed.

At the Museum of Radio & Television’s Outer Limits tribute in in March, 2000, I shared the stage with Lou Morheim, Justman, Conrad Hall, Martin Landau and Joe Stefano.  Greg Nicotero and I got to the parking garage just as Justman parked right next to us.  When Bob got out of his car I noticed he had a copy of the Companion tucked under his arm.  It was brimming with Post-It notes.  I said, “Omigod, Bob – are those errors?”  Bob said, “No, this is just to remind me what the hell I think I’m talking about!”
We have some faces left — Martin Landau, Robert Duvall, David McCallum and Sally Kellerman are all still with us as Outer Limits stalwarts — and precious few surviving crew.  As of 2008 most of the show’s big guns had passed on, and for me Bob’s death definitively closed that particular book.  I was sorry to see him go, but delighted that I got to know him, if only within the constricted inquiry of my own little exercise in TV archeology.  I hope that my abundant references to Bob and his work within The Outer Limits Companion both demonstrate his grass-roots, sweat-equity devotion to a waking dream that captured my imagination and incited a similar fervor, and to serve as sufficient memorial to those perhaps curious about that phase of his career.
Much mention is made in the Companion of the often-hysterical shooting schedules compiled by Justman and his fellow conspirator, Lee H. Katzin.  Here in their entirety are Bob’s notes for “ZZZZZ.”  Have fun! 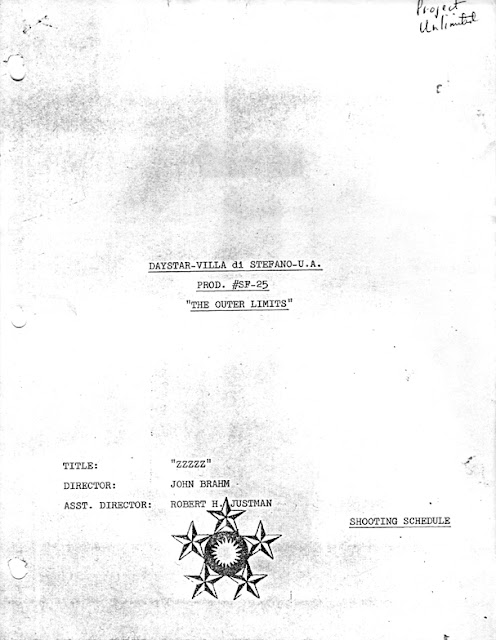 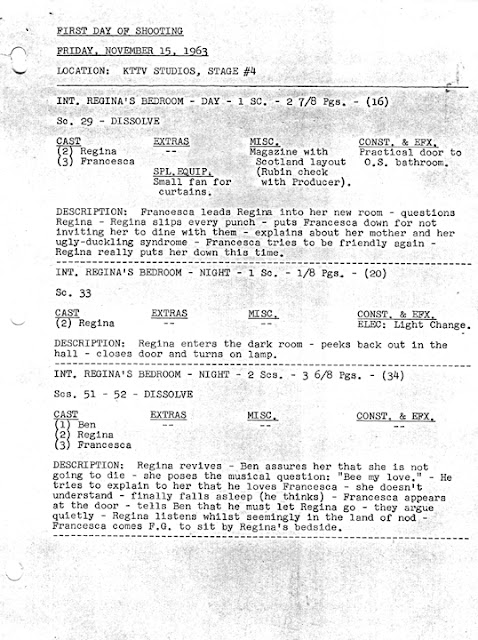 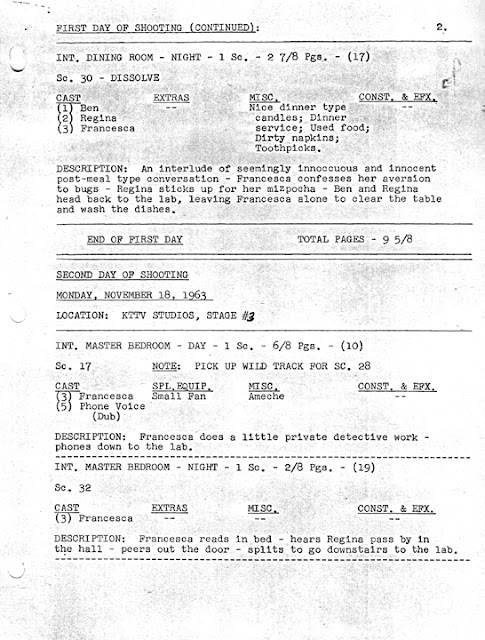 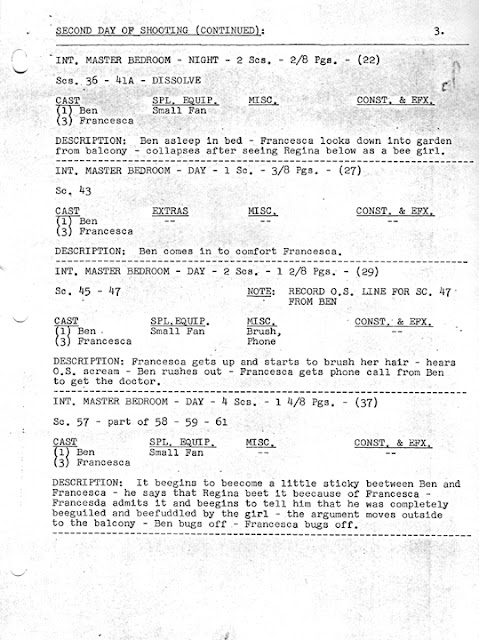 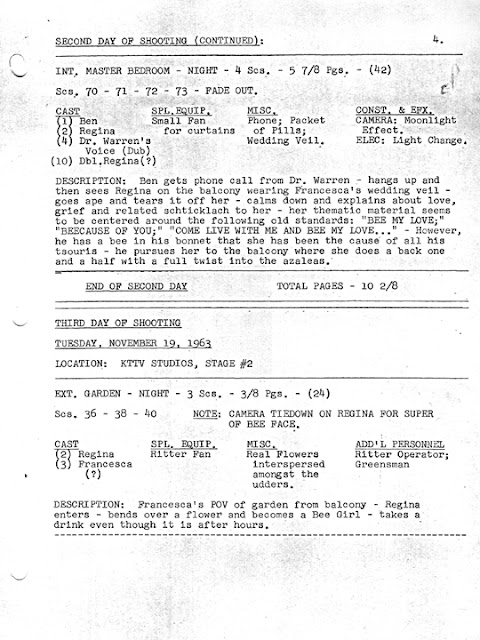 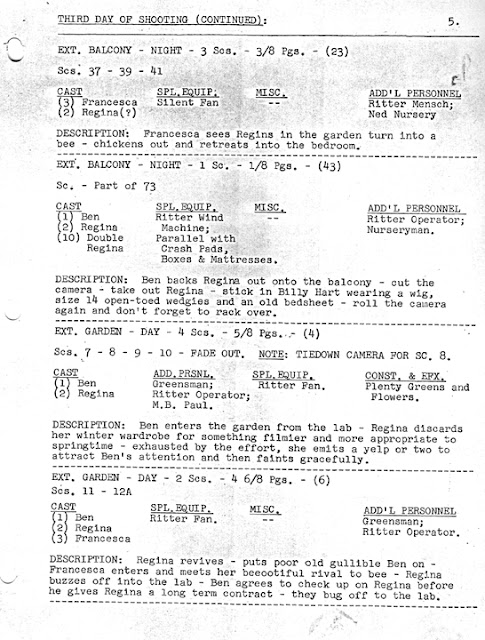 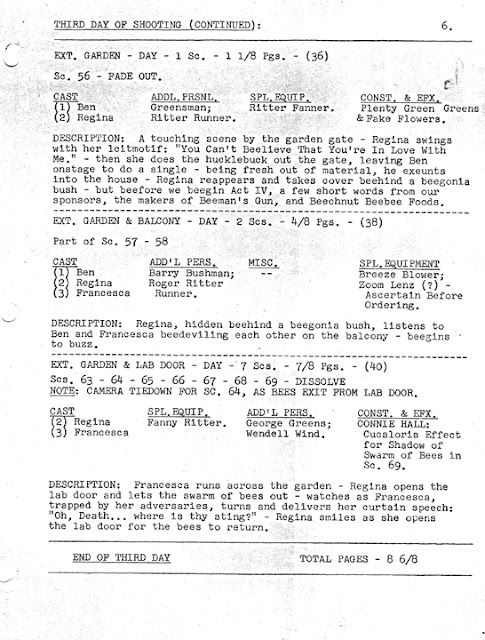 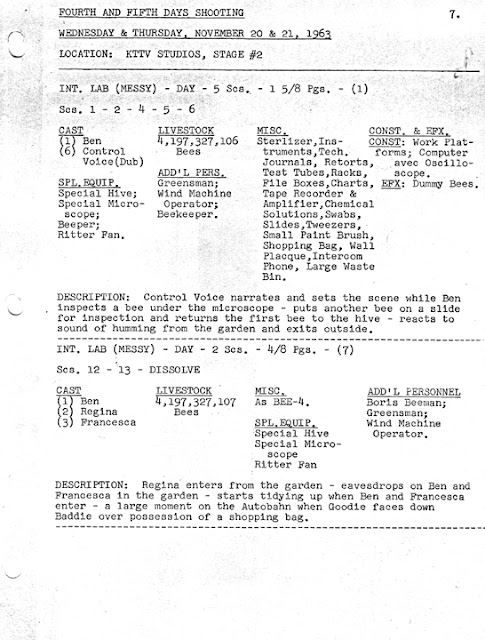 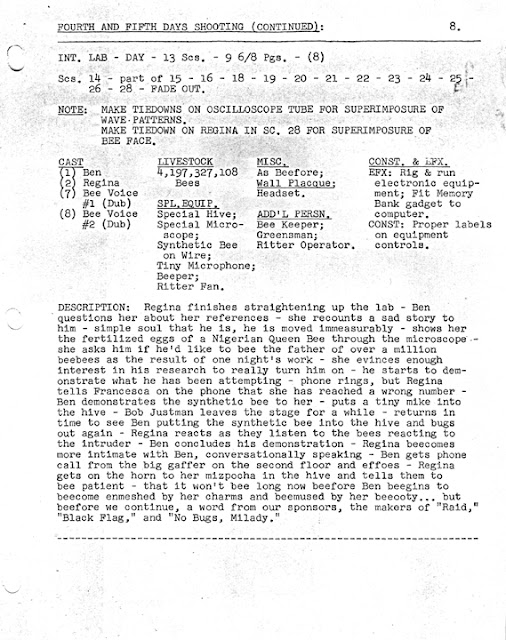 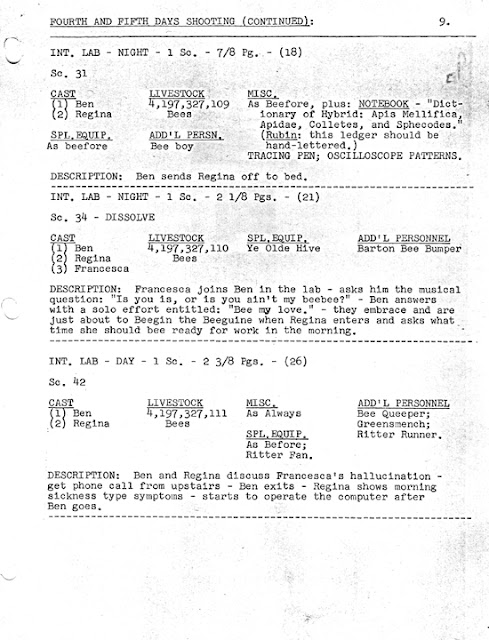 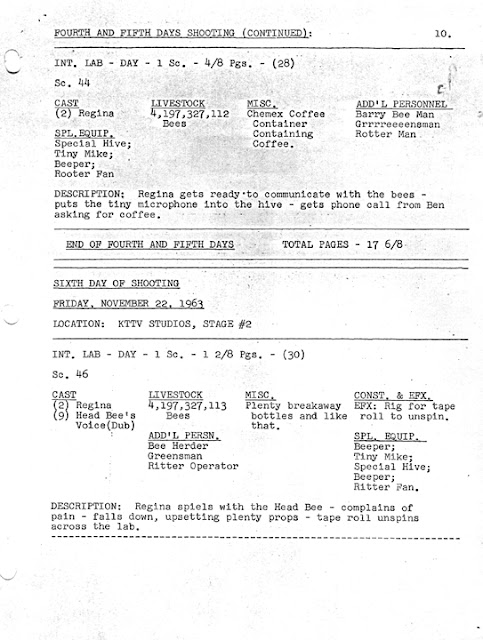 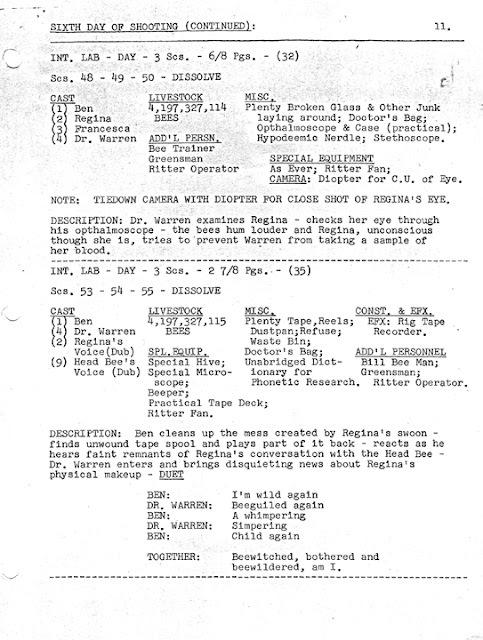 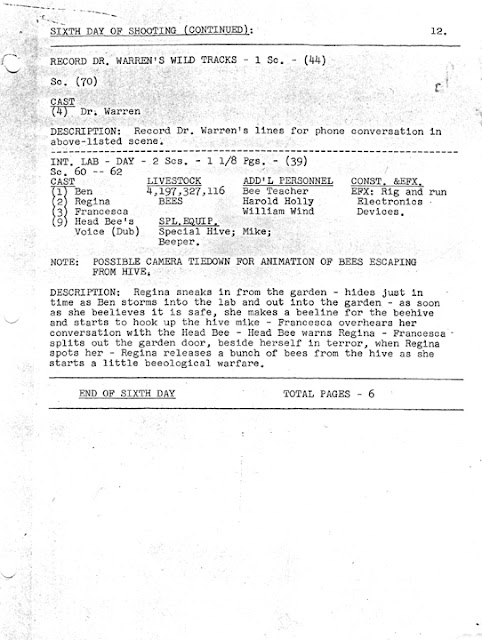 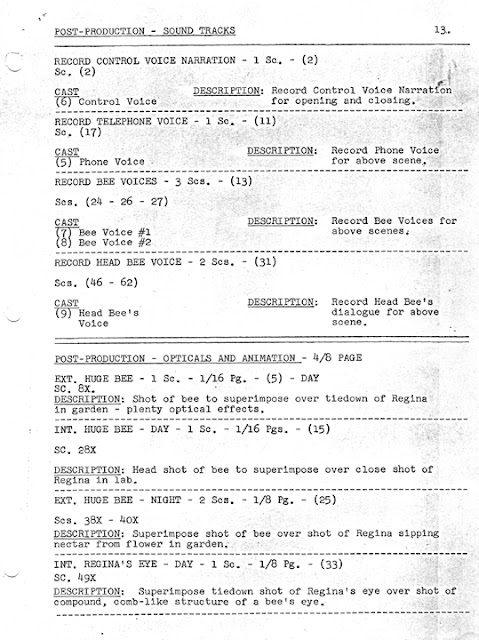 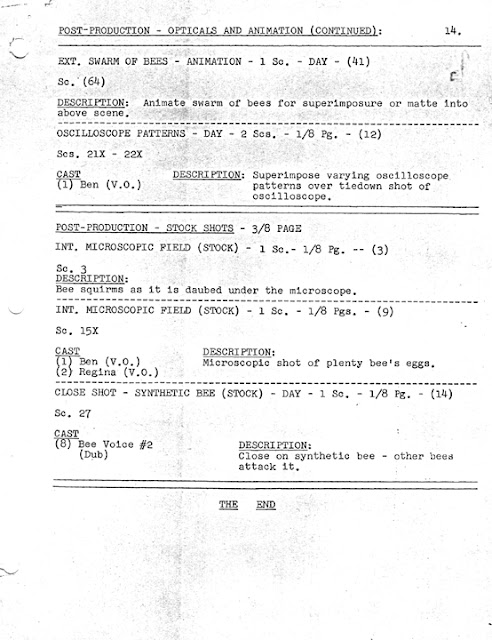