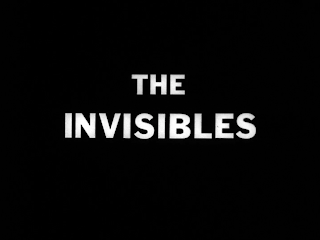 Broadcast Order #19
Original Airdate: 2/3/64
Starring Don Gordon, George Macready, Dee Hartford.
Written by Joseph Stefano.
Directed by Gerd Oswald.
A nefarious group known as The Commies.... sorry, The Society of Invisibles intends to take over the U.S. government using multi-legged fur purses that inject some form of...oh, hell, you watched the damn thing. You know what the story is.

PE: Nice, atmospheric opening shot on the abandoned base and a quirky control voice monologue ("...I almost said the human race..."), but it becomes apparent very quickly that these are the highlights of a rancid episode. The worst one so far. 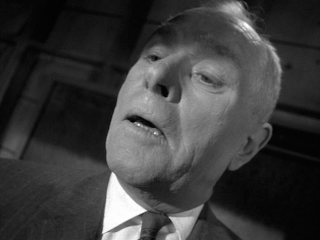 JS: Wow. With Thriller, we made it to the second season before we were so far apart on an episode. Sure, "The Invisibles" is not up there with the Culp Classics, but it's no "Moonstone," either. When they rolled into the compound, and you see the guy throwing the baseball against the wall, I thought for sure they had arrived at Stalag Luft III, and that was Hilts, the Cooler King (I kept waiting for Macready to pull out a shotgun and shoot through the wall, but alas... -PE). But then we meet and get to look up the nose of Criswell, I mean Lawrence Hillman, and it's clear he's no Von Luger.

PE: As Spain says goodbye to his undercover teammate in the woods, he stops for a moment of levity and notes that the man "will catch cold in them wet boots." The camera then lingers on the boots for more than a few beats. Next scene we're looking at muddy boots on a corpse about to be infiltrated by an Invisible. The camera lingers on those boots and comes back to them a few times. Oh, I get it now. The corpse on the table is the guy in the woods! This reminded me of the Lethal Weapon film where Richard Donner sets up a nail gun for a later scene. No subtlety here.

JS: Really, that's what you're latching onto? It's not so much an overblown setup considering the death is in the next scene, not the big climactic moment of the episode. How would you have shown that the guy on the slab was his colleague? 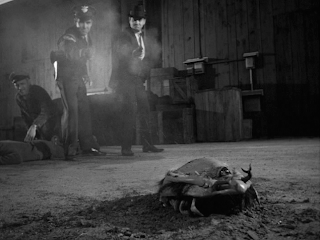 PE: I'm sure there will be apologists continually reminding us of the low budgets the cast and crew had to work with but, seriously, was there not an alternative to hiring Zsa Zsa Gabor's Shih Tzus? If I'd been on set, I'd have advised not including the "clicking" sounds that accompany the little legs a'movin'. And that "Rowwwwwr" will work much better when aligned with the Martian sand monsters in "The Invisible Enemy."

JS: I actually thought the Growlers looked and sounded very cool. The only problem I had with them was that up until the end, where we see one scampering along the ground,  the articulation of the legs did little but highlight that no other part of them moved.

PE: Everything in this episode seems slowed down. The speeches, the walking, the climactic "showdown," the pace of the show itself. If the action had taken place at actual speed, this would have had a running time of 15 minutes rather than 48. 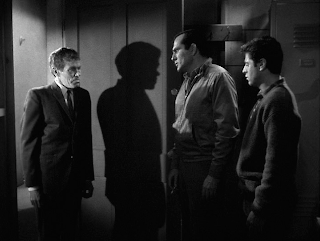 JS:  It was nice to see Walter Burke again, even if he was relegated to playing Igor. There was a particularly nice shot where he's featured twice, once in person and once in shadow (too bad he looks better in shadow!). As for Spain (Gordon) and Planetta (Tony Mordente)—I kept waiting for them to break into a Broadway musical song and dance routine during their scenes together in the compound. 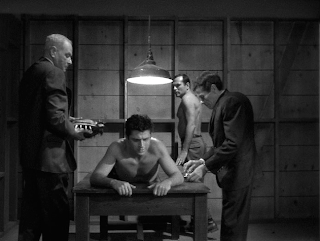 PE: This is a very homoerotic episode... not that there's anything wrong with that. Men lie half naked on their tummies, little furry crabs doing despicable things to them (I see a market for Growler Back Massagers. -JS), and they sweat quite a bit and make grunting noises. Planetta (played at various times by Tony Mordente, Casey Kasem, and Frankie Valli) seems to have a fondness for Spain. I've always been the one to squint and say "No, really?" when gay subtext is brought up in everything from Them! to Brokeback Mountain. I just don't see it usually, but how can I ignore it here? Throw in Richard Dawson as television's most mauve villain (Oliver Fair!)  and all we need is a George Michael soundtrack. 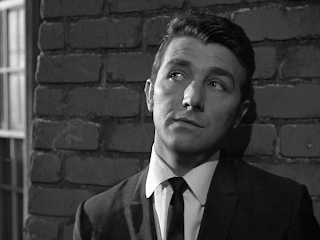 JS: As we watched it, my wife and I kept going back and forth as to whether it was actually Richard Dawson. We were thrilled to see Dick Dawson in the end credits. He's one smooth operator. Hands down OL Hunk of the week.

PE: "Survey says!" Dawson looks as natural with a pistol in his hand (Hey, easy, you in front, I'm not bringing up the gay subtext again) as Kirstie Alley would brandishing a celery stalk.

JS: Thank God for Standards and Practices back in the day. I think kids would have been traumatized by Kirstie Alley in any of her various incarnations. 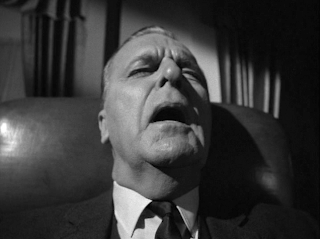 PE: George Macready (who mysteriously disappears half way through the episode) looks at the scenery. The scenery looks back at George and screams "Chew Me!" Later, Neil Hamilton (as General Clarke) gives us the Method acting version of an impromptu orgasm. The show's chock-a-block full of hamboning.


JS: I wasn't impressed by Macready, but I'll take Neil Hamilton any day of the week—even under alien influence. Too bad Alan Napier couldn't make it.
PE: Our L-OL dialogue for today. When Planetta (Mordente) expresses sorrow at Spain's lack of allegiance to The Invisibles and, thusly, to Planetta:


When I like somebody, when they trick me, I just want to beat them up and beat them up 'til they're all beat up! I liked you!

and, when  Oliver Fair and Spain are discussing the General's beautiful wife (Hartford):


Fair: I play fine piano and I know all the sad songs. She gets so drunk on sad songs.

JS: Those are good, but my personal favorite is: "A friend of mine got killed once." What, did he work for NORCO?

PE: And L-OL stunt of the episode. Planetta's fall from the shed roof into a mattress. This leads to a most confusing scene in which I couldn't figure out if the good guys were shooting at Planetta or the Shih Tzu.

JS: While Dee Hartford wasn't given much to do in this episode, she could bandage my twisted ankle any time. She gets my vote for OL Babe of the week. 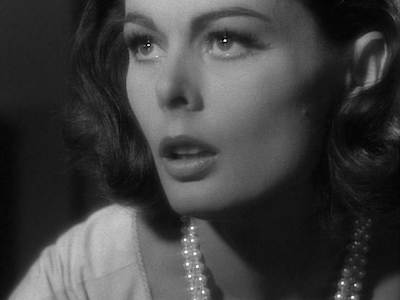 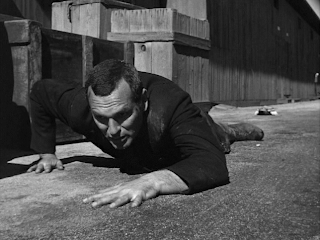 PE: The nail-biting chase scene at the climax when the fur-crab is gaining on the wounded Spain reminded me of the Ironside episode when Raymond Burr out-pedaled the Olympic Gold Medal runner who'd murdered his wife (the runner's wife, not Ironside... Ironside wasn't married, was he? I know what you're saying—Raymond Burr—there goes Enfantino again with the gay subtext) and dumped her body in the Hudson, and slapped the cuffs on him just as he was confessing (the runner, not Ironside).

JS: Following your logic, shouldn't you have given it a higher rating if only for reminding you of your favorite Ironside episode? The Growlers alone make this worth watching, so all I can assume is the Invisibles have already gotten to you.
JS RATING:

David J. Schow on "The Invisibles": 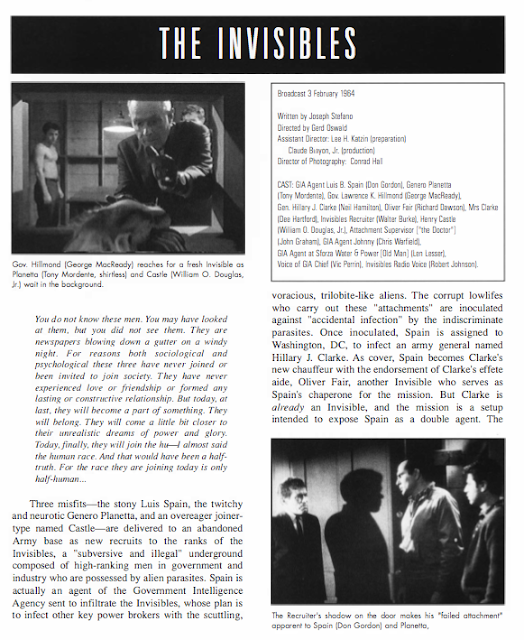 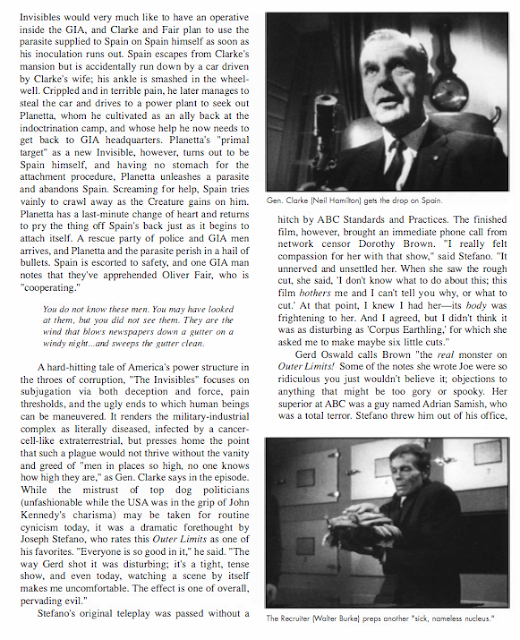 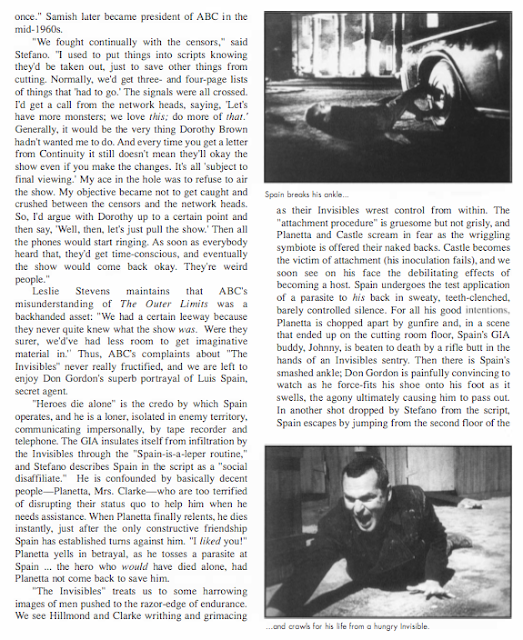 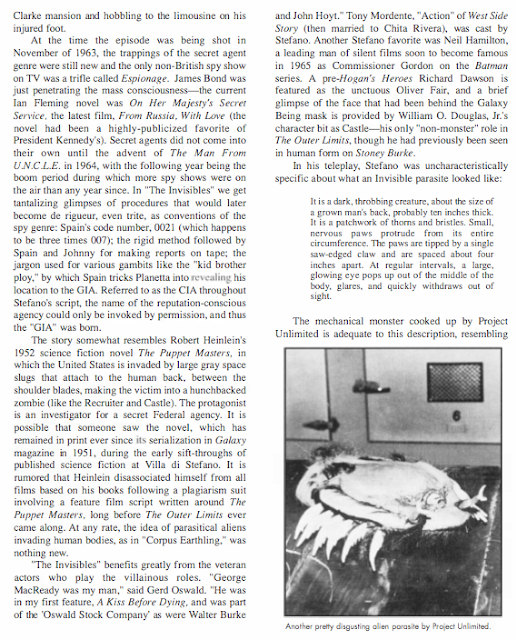 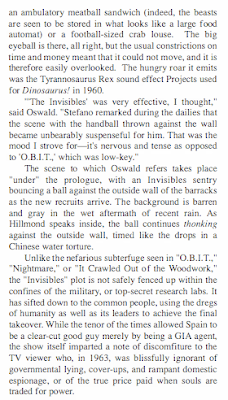 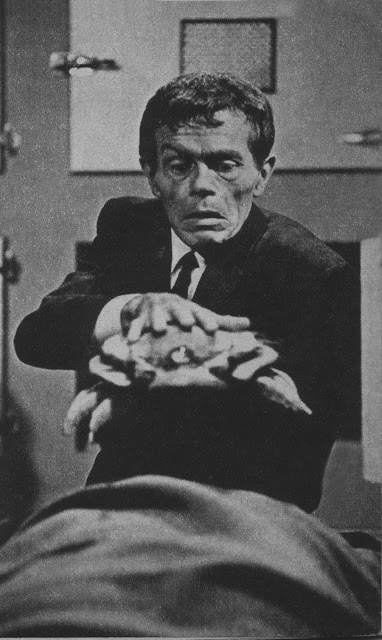 The madmen at Apemania restored an original Invisible.  See much more on their site! 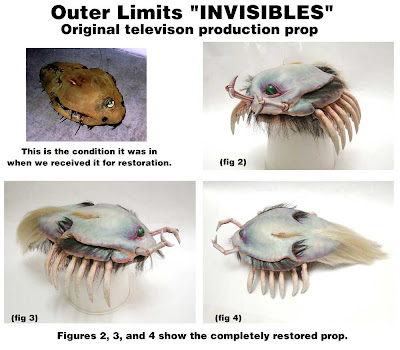 Be sure to check back later today for Larry Blamire's Spotlight on "The Invisibles."

And stop in this weekend for another special surprise!
Next Up...

Posted by Peter Enfantino at 3:32 PM