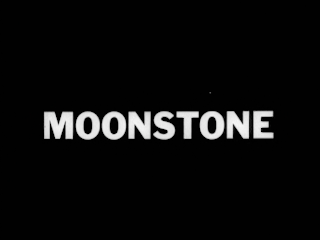 Production Order #13
Broadcast Order #24
Original Airdate: 3/9/64
Starring Alex Nicol, Ruth Roman, Tim O'Connor.
Written by William Bast from a story by Lou Morheim and Joseph Stefano.
Directed by Robert Florey.
A group working on the moon uncover a perfectly spherical moonstone that turns out to be a refuge ship from the planet Grippia. When their call for help brings the Grippians' tyrannical pursuers, the team of Earthlings has to decide if they will provide amnesty, or turn them over to their masters for punishment.
JS: We interrupt our winning streak of episodes this week with a note from our sponsor. Meaning—if you need to take a bathroom break, now is the time.
PE: I don't usually take 49 minutes in the bathroom (even at my advanced age) but for this episode I'll change my habits. Call me when it's over. I'll be reading Schow's book instead.
JS: When they first found the Grippian exercise ball in the lunar quicksand, I was sure we had finally discovered the origin of The Prisoner's Rover.

PE: I assumed it was from the Lunar Patrol Volleyball Tournament the Sunday before.

JS: Having seen still shots of the Grippians, I was not overly impressed. I will say this—stills don't do them justice. In motion, they're actually very creepy and very effective. And in my opinion, they represent a bear once again tarnished by a far too mundane voice. I'm perfectly willing to accept why they can speak English, but the voiceover by Ben Wright, whose work I similarly didn't appreciate in "A Feasibility Study," seems inappropriate without some modulation or effect to make it at least sound different than the Earthlings.

PE: Seriously, I thought it was Burl Ives as the Head Grippian. I swear he mentions there are five "big shots" in that sphere but I only saw four. (They were taking turns looking in the viewfinder. You realize that by saying all Grippians look alike, your a racist. Or is that a speciest? -JS) Was Einstein sleeping? Aside from that voice though, these are pretty creepy critters. If they'd only had a story to go with them. 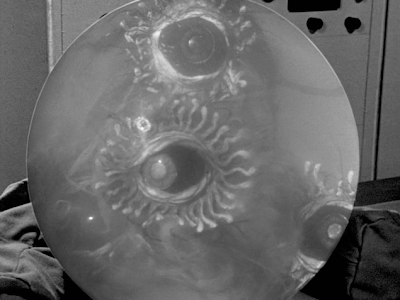 JS: I'm really beginning to recognize these Outer Limits locations. Am I on the moon? A gothic southern mansion? A top secret government facility? Those wildly spinning dials brought me right back to "The Man with the Power." I think...

PE: My head was hurting doing the math. Ok,  Korean war vets. That war ended in '53. Does this take place in '63? Is this an alternate universe where technology has advanced so quickly we have a spa on the moon? They mention "those guys" several times (damn Russkies!) so I'm inclined to believe it's meant to be early 60s. Yeah, it's The Outer Limits, and I had no problem at all watching a guy travel back in time to stop a man from being born, but maybe, because there's nothing else for me to concentrate on, this stuff bugs me. 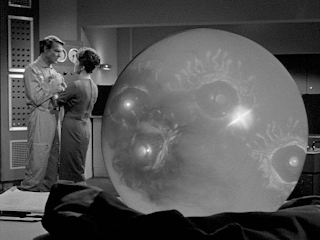 JS: I'm a fan of Tim O'Connor, who I came to know as Dr. Heur on Leslie Stevens' Buck Rogers. He plays a bit of a limp noodle here, but that appears to be the role that was written.

PE: You're slipping, Scoleri. Where's your love for Hari Rhodes, who played the pivotal role of MacDonald in Conquest of the Planet of the Apes?

JS: Getting back to the moon—early on I figured that the Grippians were using the Earthlings for entertainment, as if they had accidentally tuned into a soap opera. Of course, after a few days watching the love triangle and questionable moral tales of Stocker's choices in Korea, I'd have blown myself up, too.

PE: No doubt about it. This one smelled like the inside of the Grippian ball. I loved how we have two stories moving effortlessly to one outcome here: Grippians in danger and asking for help from puny humans and the Anderson/Stocker feud about a village in Korea. Brice (Roman) is ready to dump her man over the tough choice he had to make in Korea, not even willing to hear his side. When our merry band of moon explorers are given the choice to surrender the ball or die,  Brice stands up in the bleachers and screams "Pass the f&%*ing ball!"

JS: And then there's the line, "No reason not to trust them." Really? Clearly I'm cynical, but one of these days, my conspiracy theory will come true. Kudos to Stefano and company for consistently fooling me into thinking the aliens have ulterior motives.

PE: Never mind that line. How about when Mendl  (Curt Conway) warns: "They've cut our communication. Apparently they mean business!" 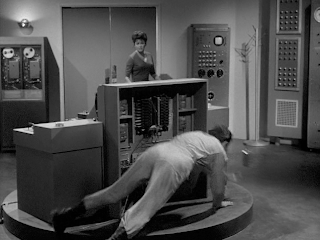 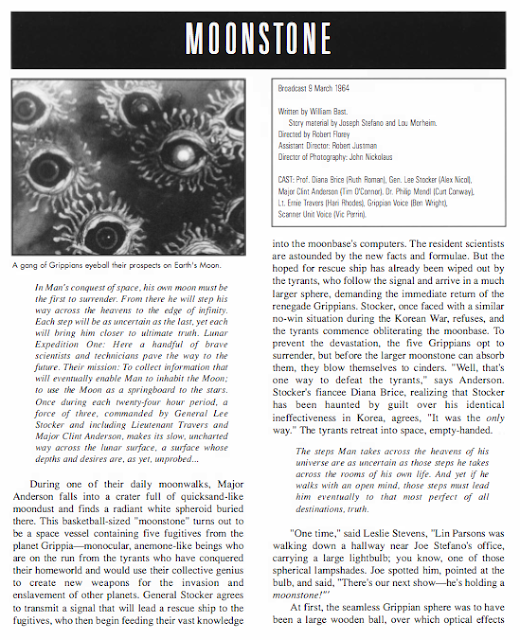 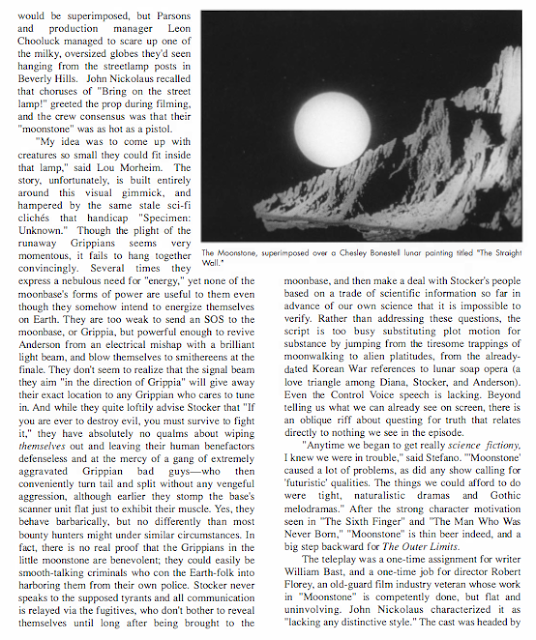 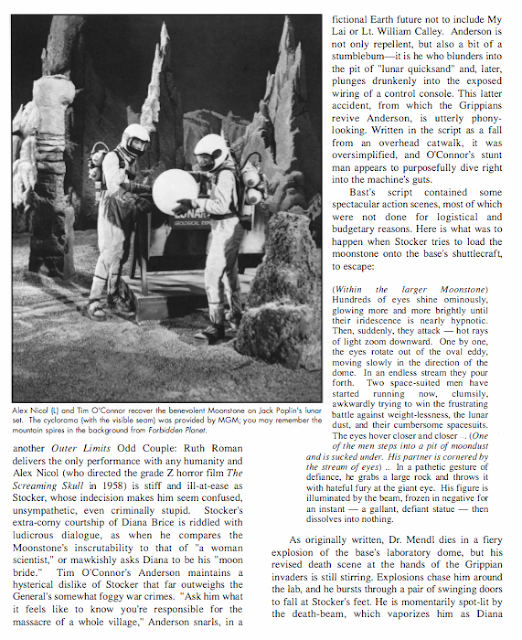 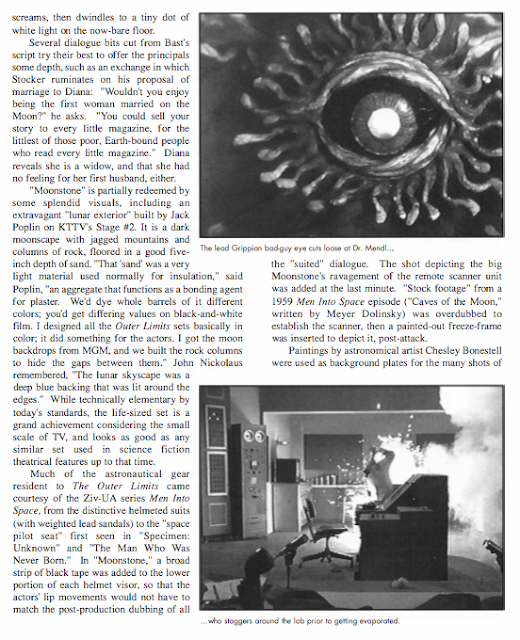 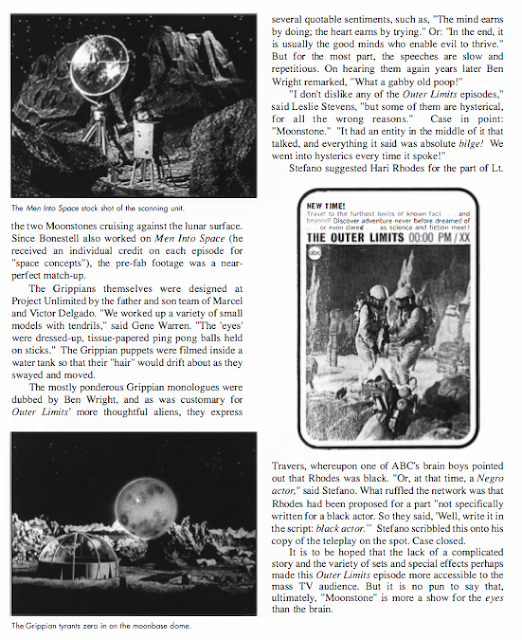 No Spotlight today, but we thought we'd take this time to remind you that the best way to avoid missing any posts is to subscribe/follow the blog using the options in the sidebar. During the week we frequently run two posts a day (our review around 6am PST and a guest Spotlight around 2pm PST), and sometimes there are surprise posts that even we don't anticipate! On occasion, we'll even post special features on the weekend. Thanks for your continued support of We Are Controlling Transmission!