Welcome to Morgue, California! This post contains a cornucopia of Zanti ephemera, but is just a tantalizing taste of today's treats. Don't forget to read our review from earlier this morning, and the remaining posts coming later today. But for starters, it's time to...
Shoot More Zantis! 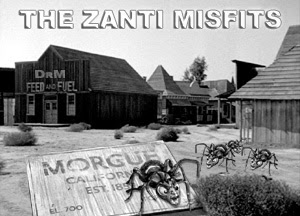 As it's a Windows application, we can't vouch for the game itself. The link above is provided for your convenience, however download and install at your own risk.
From the website:


"On December 30, 1963 - the Earth was invaded by a race known as the Zanti. You are a lowly Airman in the US Air Force with the simple assignment of patrolling the ghost-town of Morgue, California. It is now a secret Air force base with one purpose - to observe the landing of the Zanti race. Unfortunately, meddling trespassers have broken through an outer lying check point and made contact with the Zanti. Seeing this as an act of hostile aggression, the Zanti are now retaliating against the base."
"Equipped with a fully loaded Colt .45 and 2 spare clips, you must aid in the destruction of the Zanti before they can spread their terror outside to the civilian populous. Extra ammo and weapons will be made available as you progress. Unlock game codes to heighten and equip your character."
Game Size: 8MB ZIP File
Resolution: 850 x 640 or [F4] Full Screen
Controls: Mouse
Category: Mini Game - Shooter
Levels: 8 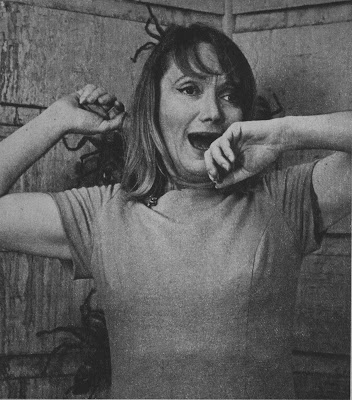 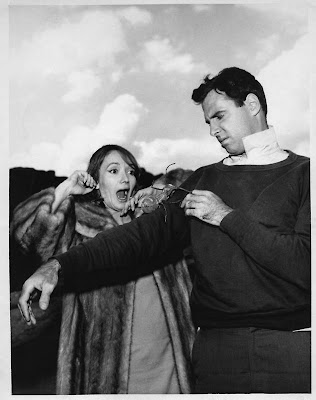 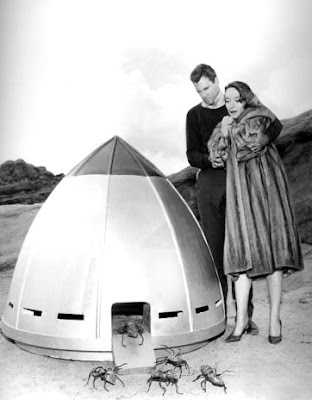 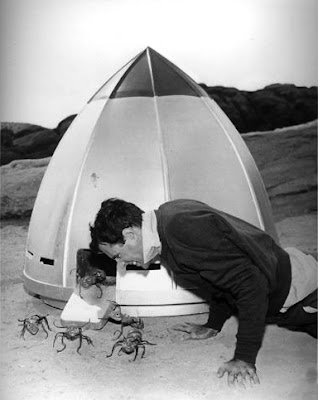 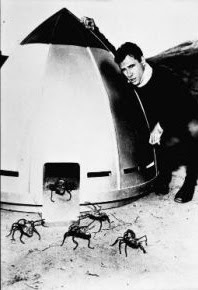 It's Zanti Day at We Are Controlling Transmission!

Don't forget to read our review from this morning!

Next up, we're thrilled to have landed a WACT exclusive Zanti Misfits interview—watch for that at 12pm.

And be sure to check back at 2pm for Steve Mitchell's Spotlight on "The Zanti Misfits."

And since we know there's no such thing as too much (too many?) when it comes to the Zanti Misfits, be sure to check out the Flat Zanti homepage RIGHT NOW to get in on the invasion.
Posted by John Scoleri at 9:00 AM