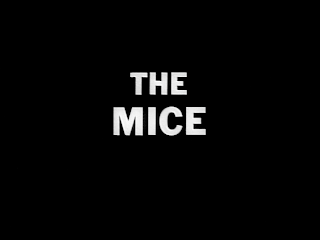 As part of an interstellar exchange program with the planet Chromo, scientists prepare to teleport the humans' top prospect (i.e. imprisoned murderer and sole volunteer) Chino Rivera (Silva) on a trip that only mice have made successfully. While delays hamper the outbound trip, the visitor from Chromo appears to have some nasty habits we weren't warned about. 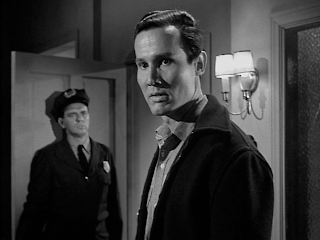 JS: Times are pretty tough when prisoners willing to volunteer for what could very well be a suicide teleportation mission to another planet don't even earn special consideration for their parole. It's as if we were sending our own Misfits to Chromo! When Chino asks what planet they'll be teleporting to, you almost think he's asking because he wants to make it back to whatever planet he's from. I said it during Thriller and I'll say it again. There's something wrong with that boy.
PE: Silva just doesn't look like a Chino Rivera, does he? Frank. Skip. Even Ralphie. Not Chino. At least he keeps his sense of humor about him, though his one-liners are mucho stale indeed. 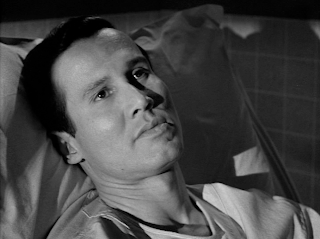 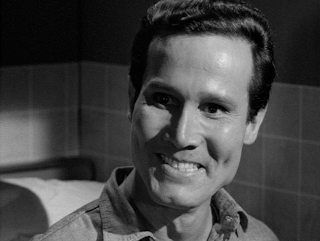 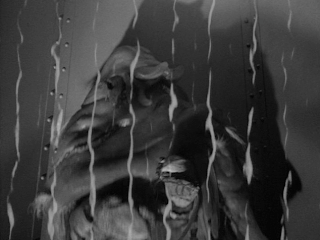 JS: Did you appreciate how the Chromoite appeared out of the interdimensional rain of "The Borderland"?

PE: And the poor guy was transferred straight from a disco it seems since he's gettin' down in that chamber when he arrives. Who choreographed this mess? When Silva sees a way out of his imprisonment in the lab, he runs out the door, does a couple jukes in the hallway, throws himself at a door, attempts a kidnap of lovely Diana Sands, and then tries to jump out a closed window, knocking himself unconscious. Could this have been another scene based on an actual event in Joe Stefano's past?

JS: This episode also brings back the dreaded ZOOM that marred the climax of "The Sixth Finger." If you thought monkey-McCallum was frightening, wait til you get a few zooms of Henry Silva.

PE: L-OL line of the day: "You ever seen a smear like that before?"

JS: Apparently there's a bakery downstream from the science compound, as they're dumping the bread dough the Chromoite seems to enjoy so much. In keeping with that absence of logic our regular OL-philes seem to revel in, can you believe an alien visiting Earth—particularly on an arranged visit—would not be under 24/7 scientific observation/scrutiny?

PE: Actually, while watching the teaser (I'm a professional so, yes, I watch every frickin' minute of these shows), I thought the Chromoite was eating someone's laundry.

JS: The Chromoite itself is a pretty bizarre bear. When it's not running around on two clearly human legs, it's actually looks pretty cool. But as soon as it goes bipedal, we're into the world of Sid & Marty Kroft. Picture a melting H.R. Pufnstuf with Sleestak hands. And Sleestak hands that sure are nimble when it comes to spinning all those classic Outer Limits knobs and dials.

PE: Nimble with the dials but a total fumble with the fight scenes. Military police seem to bounce off his goopy body. Were rolls of toilet paper part of the costume? My favorite scene of the show is when two professors are discussing the dough that's found floating in the river, Mr. Chromo (That's Dr. Chromo to you. -JS) cracks the door wide open and eavesdrops. When he's heard enough, he quietly closes the door with his big ol' crab hands. Neither one of the alleged geniuses (genii?) notices the seven foot tall, ostensibly odorific, pile of oysters at the door! 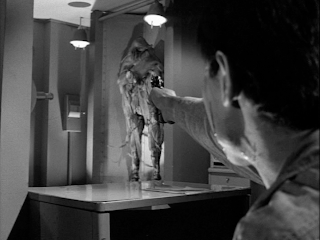 JS: When all is said and done, I felt this one ended on a whimper. Despite all the blood on his Chromoite/Sleestak hands, I have trouble believing that they're just going to let him return home. Where are the military madmen when we need them? Even when Chino—a convicted killer fer chrissakes—has Chromo dead to rights, he lets him/it live! Apparently the Chromoites subscribe to the theory that it's easier to ask for forgiveness than permission.
PE: Co-writer Bill S. Ballinger was actually a well-respected crime writer, responsible for the novels The Body in the Bed (1948), The Body Beautiful (1949) and Portrait in Smoke (1950), basis for the film, Wicked As They Come (1956). Ballinger also wrote the noir classic, Pushover (1954) and teleplays for Alfred Hitchcock Presents, Ghost Story and Kolchak the Night Stalker.
JS RATING: 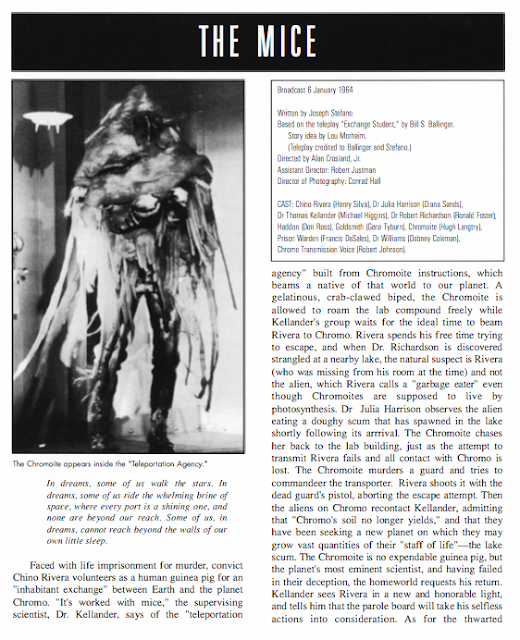 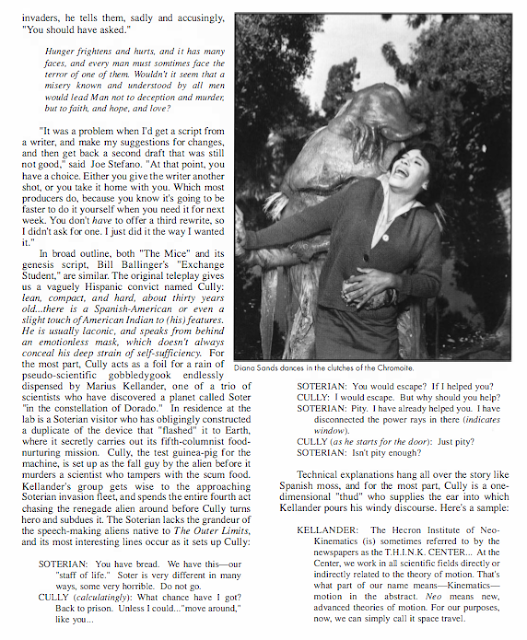 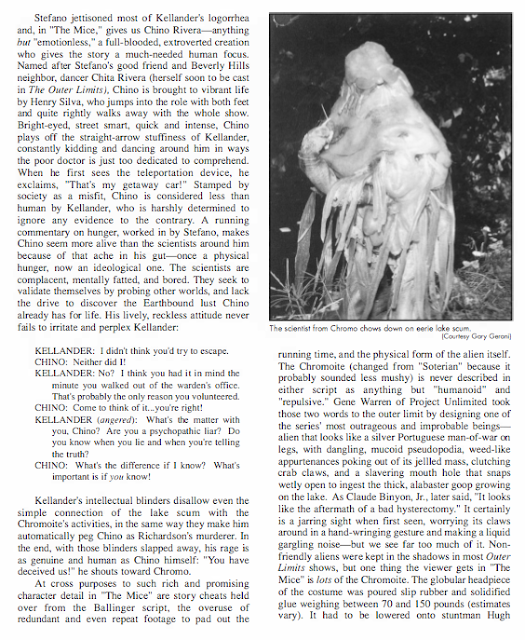 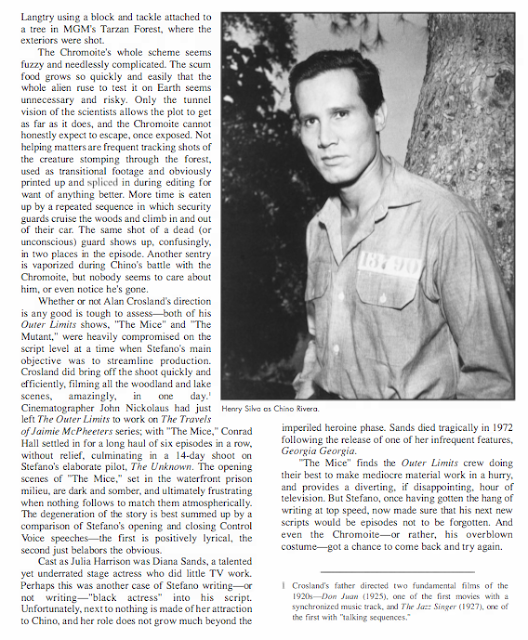 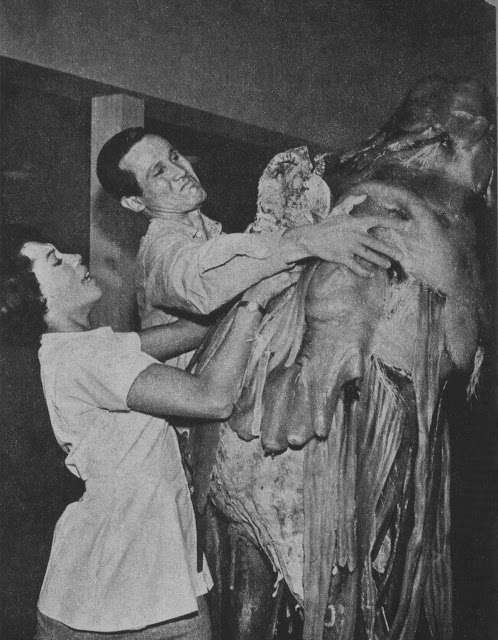