Spotlight on "The Duplicate Man" 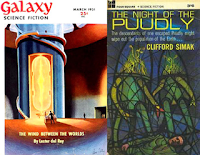 True story: A week from the day I happened to read Clifford Simak's short story "Goodnight, Mr. James" for the first time, I also happened to catch "The Duplicate Man" on cable TV in the small hours of the morning, also for the first time.
This was in the mid-'70s, when cable was brand new (at least in rural southern Oregon), and one of the channels in our four-station package rotated feeds on a seemingly random basis. It was never certain what this channel would run at any given time—the four-hour block of programming from a Chicago station that lasted until 3 a.m. one Monday morning, and which included a 1 a.m. screening of The Outer Limits, would end at 11 p.m Sunday night the following week, and wrestling or hillbilly concerts or religious shows would drone on until daybreak instead. It was a frustrating crap shoot.
It was also kind of exciting. Syndicated showings of The Outer Limits had slowed to a trickle by then, and were spotty at best in Oregon anyway, so even the dim hope of catching an episode provided a thrill to thrill-deprived monster kids recently transplanted from Los Angeles to a backwater logging burg in the middle of nowhere. I'd generally take my chances, then, and struggle to stay awake past midnight, sneak out of bed long after everybody else in the house was asleep, and keep the television set's volume low enough so that no one was woken up (this meant sitting three feet from the box at most). I got lucky twice over that week—alone, as it turned out; David was already sawing logs, and I didn't have the heart to wake him. Sorry again, brother.
But imagine my sleep-deprived surprise when Simak's tale of an unwitting clone's battle with "psychotic" extraterrestrial contraband turned up on our all-time favorite television show, every episode of which I thought I'd long since committed to memory. I still don't know how I'd missed "The Duplicate Man" up until then when I could practically recite the dialogue from "The Premonition" by heart (and against my will), but somehow I had. No matter—thanks to a statistically unlikely coincidence and a lucky break from the fickle gods of cable TV, my unusual introduction to this episode gave it a permanent place of honor in my private Outer Limits canon. 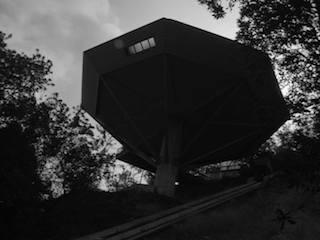 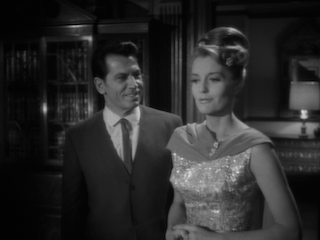 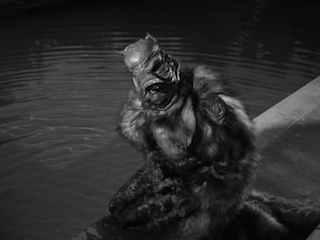 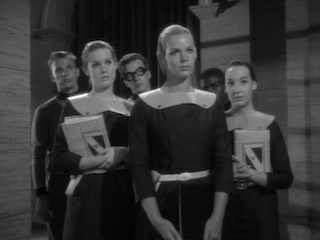 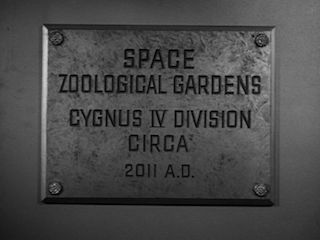