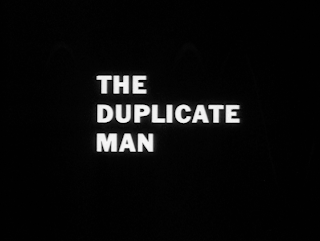 Henderson James (Randell) has lost his pet Megasoid. Fortunately, it's ovulating and has more than killing in mind. To track down the creature, Henderson is forced to "duplicate" himself. Mayhem, laughs, and lots of mistaken identity follow.

PE: ... and we're back. To the same old crap. Too much to ask for that we might have two good episodes in a row.

JS: Technically we did get two good ones in a row... they were just parts of the same episode. A three-episode stretch was definitely out of the question. 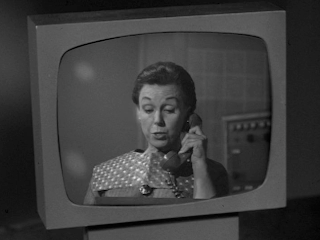 PE: Evidently, in the year 2025,  phones will have screens, office buildings will have disco balls during business hours, cars will look just like 1960s models (but sound like the Batmobile) but, perhaps most startling, women will dress like princesses with capes.

JS: As for those videophones, did you notice how people have apparently regressed from the early days of Skype and FaceTime, not even bothering to look into the camera anymore. 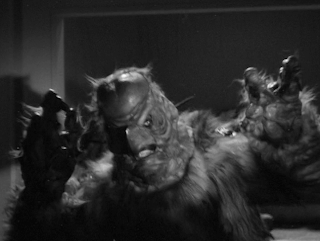 PE: Seriously, the worst monster outfit ever created for television. A six foot abominable snowman with claws and a Minah beak who walks with a slouch. And a tail (can't forget that tail). Looks more like something Mister Rodgers would welcome to his neighborhood than a creature designed to frighten TV audiences. At least he has perfect diction. Oddly, he only speaks once. Did saner minds prevail? Obviously not, since the show still aired.


JS: And with that my new vote for worst Outer Limits alien voice goes to... The Megasoid!


Laura (to her husband James, after finding out he'd duped himself): What right did you have to take creation into your own hands? Oh, what a mess you've gotten yourself into! 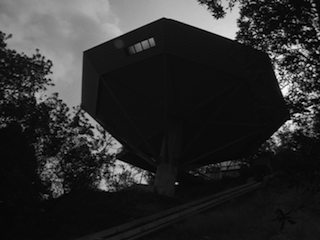 PE: All the homes in this futuristic episode look 1960s-contemporary save that of Basil Jerichau (Steven Jeray), our Megasoid-hating bounty hunter/smuggler. Basil's house is furnished in modern-day frump.

JS: But is that a house... or a spaceship! Too bad they didn't have that location for the end of "The Inheritors." 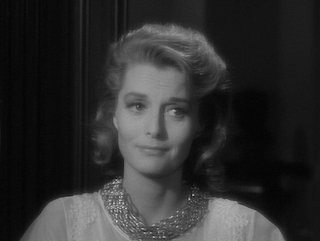 PE: The performances are awful across the board. Randell is wooden even when he's not supposed to be. Towers is set decorating. Jeray is not given much to do with his one-note Captain Ahab portrayal. 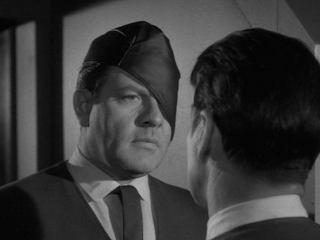 JS: I normally appreciate the way filmmakers use subtle touches in set dressing and costuming to sell things as being set in the future. But an untucked tie and a pair of panties stretched over your head do not the future make. I hope.

PE: Maybe it's just me but I can't for the life of me figure out what's going on when the Megasoid ambushes Basil. He pats the man on his back quite a bit, picks him up and slams him to the canvass.  There's a full-Nelson and an eight count and then a close-up of one of the talons running along the man's body and that piercing, annoying, jarring "music" (dun-duuuuuuuuuuun!), telling me something important is happening. Is my baked potato ready? 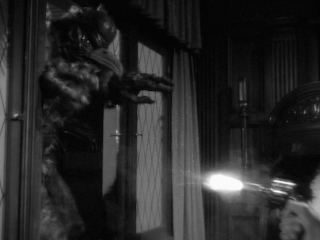 JS: Do you think Gerd's direction to Mike Lane (the man in the Megasoid suit) was to go 90% monkey, 10% bird? That's my guess, which would match the make-up of the costume, anyway.
PE: This dopey piece of crap reminded me very much of some of the dopey crap I read in the 1950s digest, Super Science Fiction. SSF specialized in stories like "I Caught the Megasoid from Cygnus IV." Those stories were dopey but ultra-fun reads. This is not fun.

JS: For what it's worth, the next episode has to be better, right? Like in Card Sharks? Is it higher than "The Duplicate Man"?  We can't lose... unless it's a tie... Gulp.
JS RATING:

David J. Schow on "The Duplicate Man" (Click on pages to enlarge): 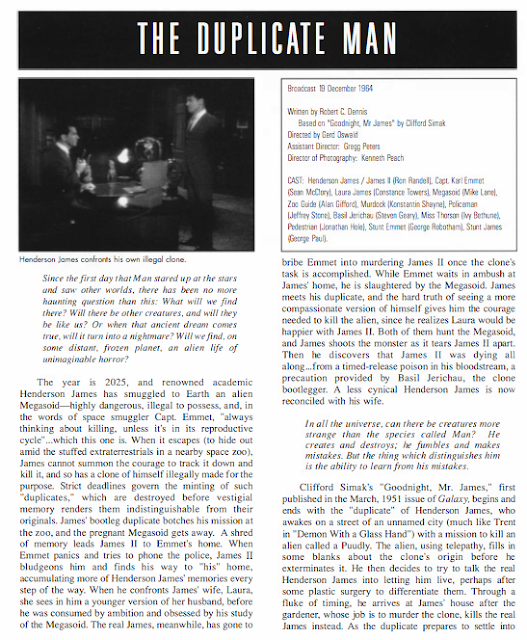 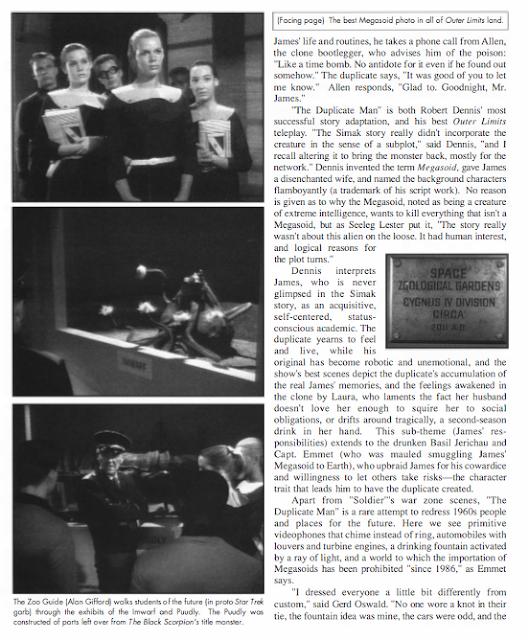 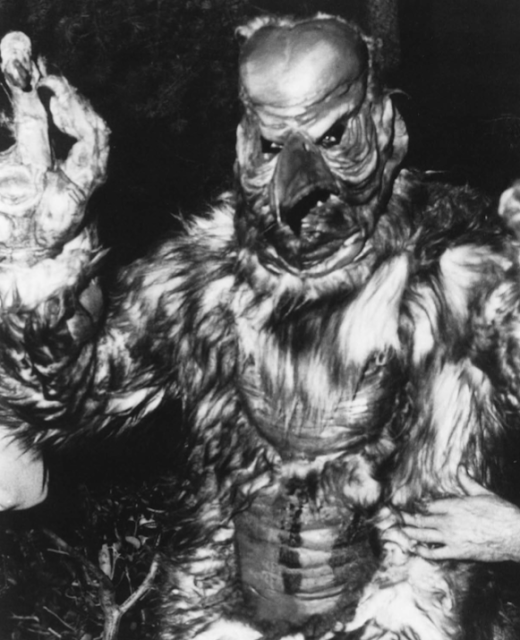 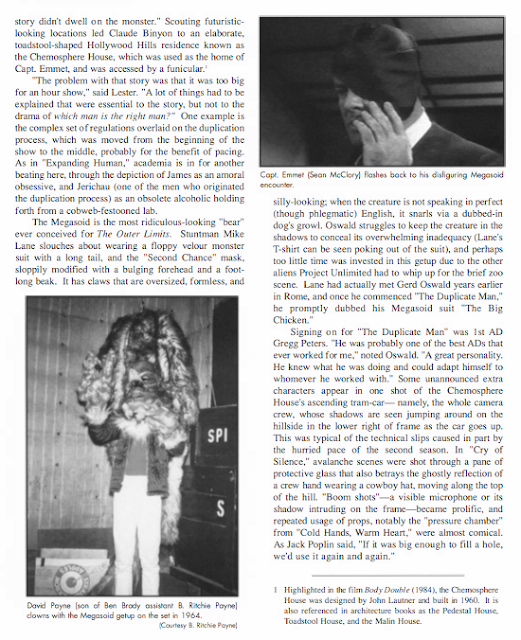 An extraterrestrial Puudly,
An Imwarf (his alien buddly),
Mr. James was annoyed
By a big Megasoid
What critter, I ask, was more studly?

Be sure to check back later this afternoon for Mark Holcomb's Spotlight on "The Duplicate Man."