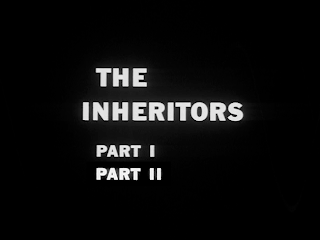 Four unrelated soldiers survive gunshot wounds to the head and go on to exhibit amazing abilities.  Adam Ballard (Duvall) investigates and in tracking each man down, he finds that they appear to be working together to create some sort of machine, and are gathering up special children in the process. It's up to Ballard to stop them before they execute their plan.
JS: In this epic two-parter we're treated to what may well be the series' most adult tale. The story unfolds nicely across the two episodes, and despite the absence of a bear to spice things up (and make it less adult), we're treated to fine performances from all of the principles.
PE: Once again, Robert Duvall delivers one of those performances that must have elicited a few "That boy's gonna be a star someday"s back in the day. In the hands of a lesser actor, this character might have been delivered with muscular bravado (just picture Adam West as Adam Ballard for a moment) or somnolent disinterest (remember Robert Lansing from Thriller?). Duvall's just an ordinary Joe with an extraordinary responsibility. At times energetic, but caught up in the fantastical drama around him. As good as Duvall is, my vote for Best Actor of Season Two is going to go to Steve Ihnat. As the mysterious Lt. Minns, Ihnat is both menacing and tortured. In fact, right up to the climax we're not sure if he's here to save Earth or destroy it. He's one of those rare actors who can say lines of dialogue with his eyes. 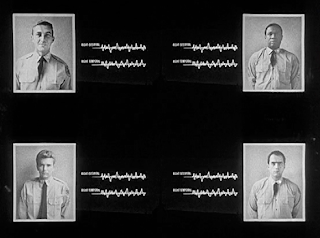 JS: Once we get past the setup explaining the presence of a common alien brain across the four soldiers shot in the head, things really begin to pick up. As we see each man separately, we believe that while they don't understand what is happening to them, each is compelled to follow the direction they are being given. My favorite shot in the first part was when Ivan Dixon was in the church praying. Nice evocative lighting. 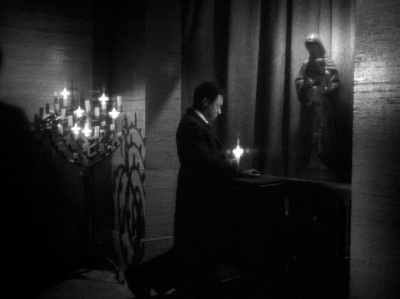 PE: When we're being subjected to the stock battle footage, I (rightly) assumed this was going to be just another lousy Season Two trashcan but I was quickly caught up in the drama. You're right about that church scene but it's only one of several inventive sequences. I liked Robert Duvall's "time-slip," when he confronts Minn about the project and tells him that he intends to shut him down. Minn fixes him with a gaze and Duvall, in the very next scene, is at the Indy 500 two weeks later, with no memory of his lost time. I have to admit a huge grin spread across my face, and for the the first time this season a guffaw didn't follow.

JS: Duvall is great throughout - it's as if he walked right off the set of The Godfather to shoot this. A very different performance than we saw in "The Chameleon."

PE: Funny you mention The Godfather. There are scenes in this episode (a shot where Duvall is standing, hands on hips) where the quirks remind one immediately of Tom Hagen. I never felt that way in "The Chameleon."

JS: The music is also very effective throughout both parts, with one glaring standout. When Ballard meets Minns in the hospital, he finds out that Minns has been reading Morgan's Theoretical Analysis of Comprehensive Finance (or some such thing). The musical cue that accompanies this revelation would make you think they found him reading a terrorist manual.

PE: That was a bit odd and I thought I'd missed something. I knew Ballard was looking for hints of ore-passion or a fetish for mining but not finances. I did think the whole "Minns conquers Wall Street" sequence to be a bit over the top. The stock adviser shut up in a little room with Minns, looking at his tape and exclaiming "Holy Jeezuz, Potatos are selling for $1.47 a share! You've just earned $87! What now, boss?" was L-OL scene of the episode (and frankly, if you think about it, that's saying a lot about this show if I'm stretching to find one).

JS: When Minns' bandages are removed, you half expect to find a third-eye under there, but everything appears to be normal. Or abnormal, since they apparently didn't shave his head to treat his brain-shot. Of course we know something is up when rather than asking for his uniform coat, he requests his blouse...

PE: Post-war trauma. And you probably missed the part where the scientist explained that the four bullet-boys had shown an extraordinary capacity for growing their hair back. It's here in my notes. Pay attention. 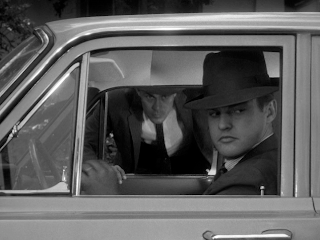 JS: Someone needs to teach the FBS agents how to host a less obvious stakeout.

PE: Well, to be fair, everyone dressed like this in the 60s. It's why they all started smoking pot and dropping acid a few years later. Uptight was a suit you wore. 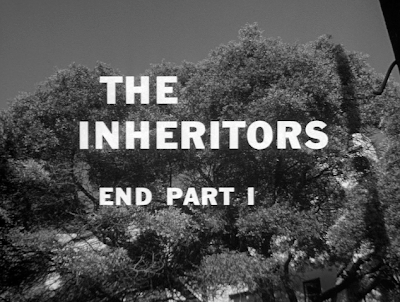 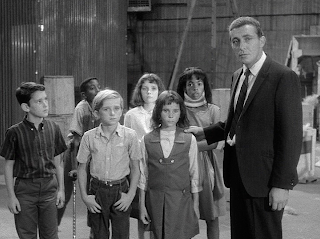 JS: Things take a more interesting turn as we move into part two, where the round up of the children begins, and we slowly understand what's going on.

PE: Right at the beginning of Act Two, I had concerns. Minns' apartment looked bright and badly decorated with cliched feds. I thought for sure that was an omen. Surely, the writers of OL2 couldn't sustain the intensity of Act One. Thankfully, I was wrong. The intrigue continues to build throughout Part Two. What the hell is going on? Are these four guys building some kind of Doomsday Device? Why the hell do they need kids for their plot? And, back to Part One quickly, I loved how they eased us into the recruiting of the kids. That bizarre scene of the boy telepathically knowing the lieutenant without ever having met him. The Powers That Be at OL2 definitely shopped for their kids at a different agency than the one they went to for "I, Robot." No annoying toddlers here. In fact, at least one (Morgan Brittany as the blind girl Minerva) went on to have a honest-to-gosh adult career in film and TV. 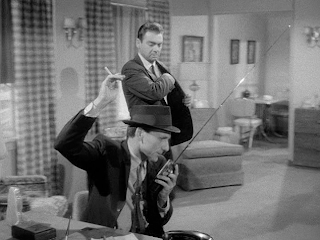 JS: I had to laugh at the radio operator when they're in Minn's apartment—it looked as if he was trying to improve reception by holding his cigarette up. As if the 20-foot antenna wasn't sufficient.

PE: God, just look at those curtains. And that chair. Looks like Lucille Ball's set was the only one open that weekend in L.A. And I believe our fed is doing his best Sinatra in this scene.
JS: If I had to pick a single favorite L-OL moment from "The Inheritors," it would have to be when they drive their Washington D.C. office through the car wash...
PE: Did you notice that no pedestrians walked near The Capitol Building? No birds flew across the sky? I was worried that the Doomsday Device had already gone off and we were to be the last to know. 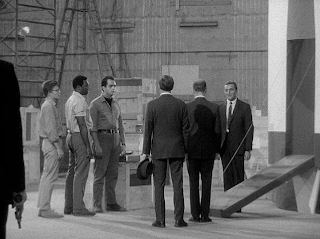 JS: While the spaceship leaves something to be desired, it doesn't detract from the powerful climax.

PE: Wow! I'm not embarrassed to admit that I got a bit of a lump in my throat when we get to see the real "plot" devised by the aliens. Ballard has a hell of a decision to make and you can see it written all over Duvall's face. Again, I can't stress enough how good this guy is. I know I'm not telling anyone anything new since we've had the evidence for fifty years. An amazing show. And even more amazing since it comes in Season Two.

David J. Schow on "The Inheritors" (Click on pages to enlarge): 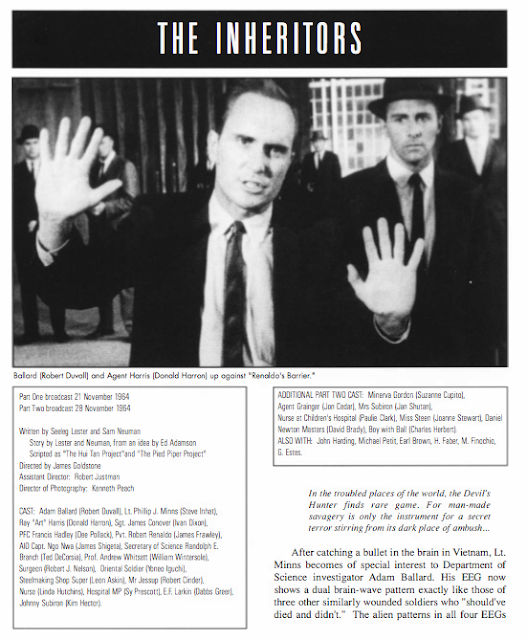 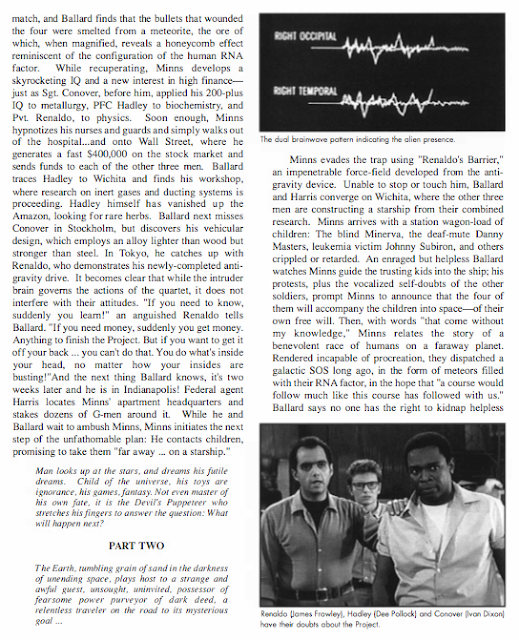 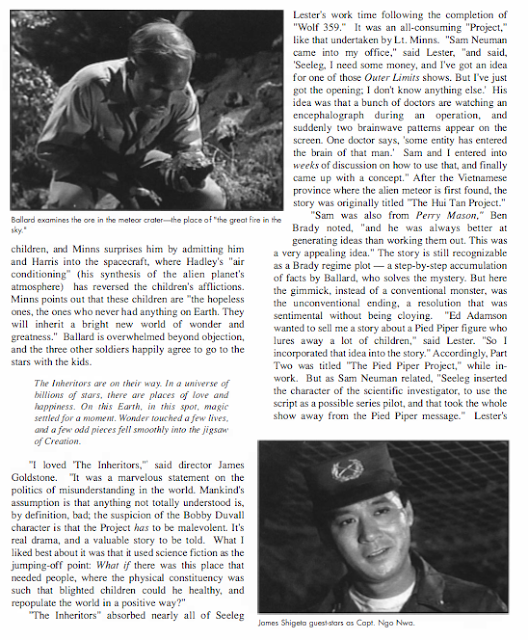 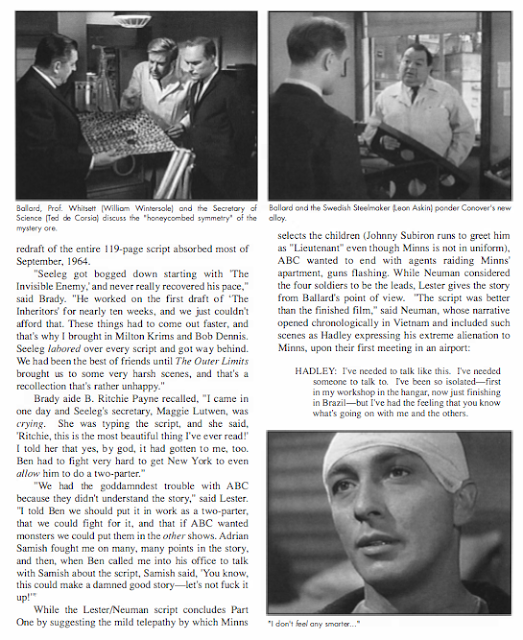 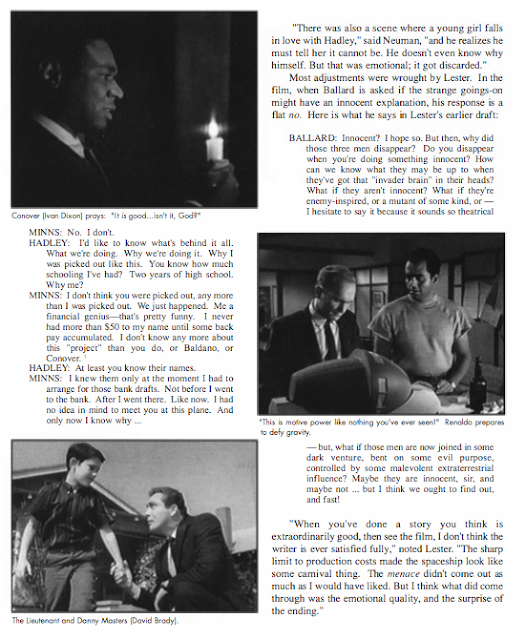 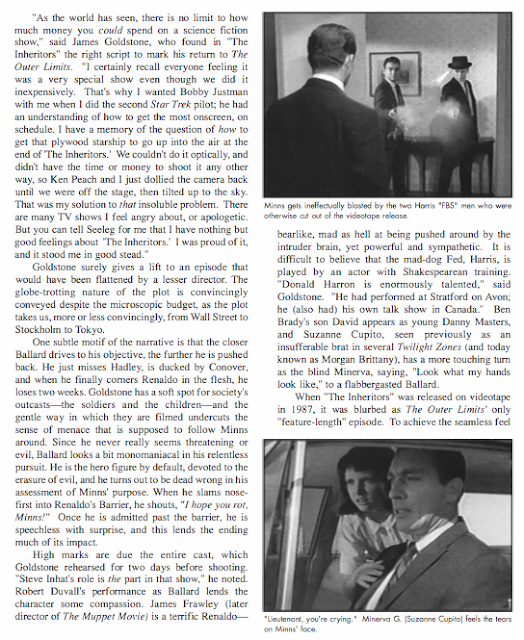 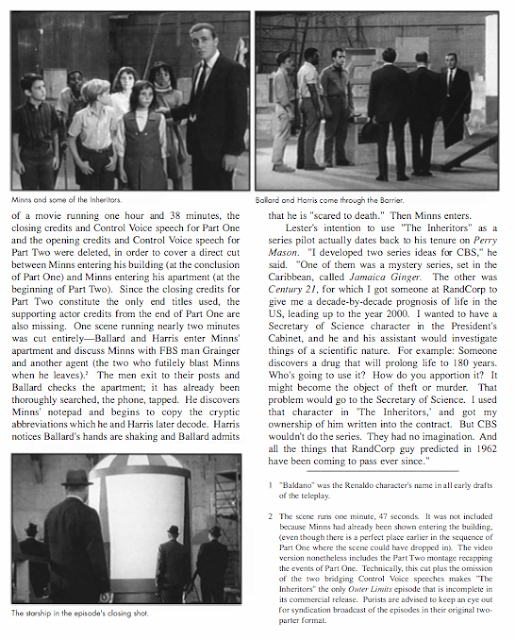 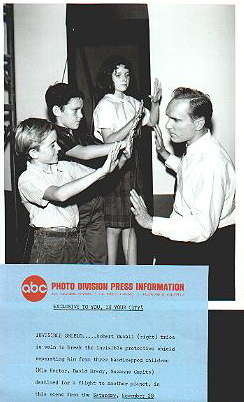 Be sure to check back later today for Gary Gerani's Spotlight on "The Inheritors." 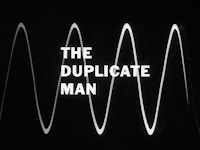